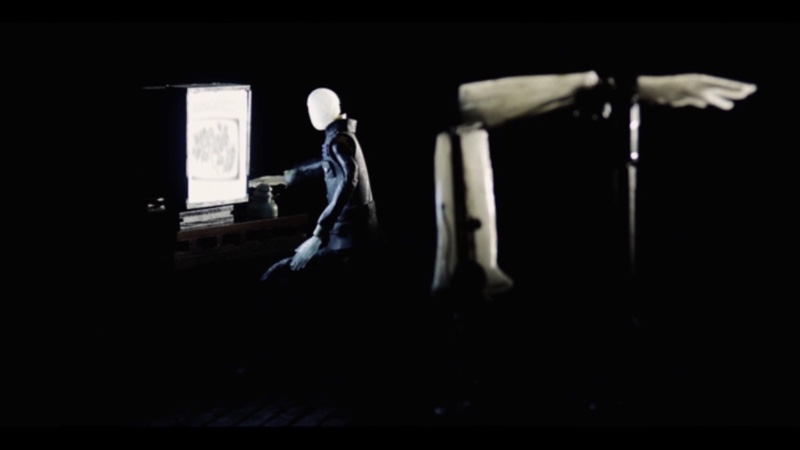 Continuing to build on the feverish momentum of their new album in • ter a • li • a, released May 5, 2017 on Rise Records, At The Drive In has proudly unveiled the new video for “Call Broken Arrow.”

Directed by Rob Shaw, ‘Call Broken Arrow’ acts as the prequel to the video for ‘Hostage Stamps’, as it unfolds a story of a previously seen prisoner and faceless captors—with an eerie appearance by mechanized spiders. Using the same intricate mix of digital and stop-motion animation, the video for ‘Call Broken Arrow’ gives viewers a closer look behind the man’s reason for imprisonment, as Rob Shaw explains:

“In ‘Hostage Stamps,’ we have a prisoner being tortured and monitored by some sort of authoritarian organization. The guys wanted to show why he was imprisoned, as well as cast doubt over his innocence. It’s funny how in stories, especially film stories, you tend to sympathize with whoever you spend time with. When you watch someone being mistreated, the assumption is that person is the victim. ‘Call Broken Arrow’ is in part about illustrating the prisoner’s culpability, but even that is in doubt as we see the Watcher character who follows him around slipping something in his drink at the end.”

At The Drive In return to the UK this coming August Bank Holiday weekend for their hugely-anticipated set on the mainstage of the Reading and Leeds Festivals, before returning in November for an arena tour with Royal Blood.

For more info and news, stay tuned to http://www.atthedriveinmusic.com

Tenement Stream “The Fire Is Out” Via AV Club – Bruised Music Volume One Due out March 10th, Pre-orders Available Now‏