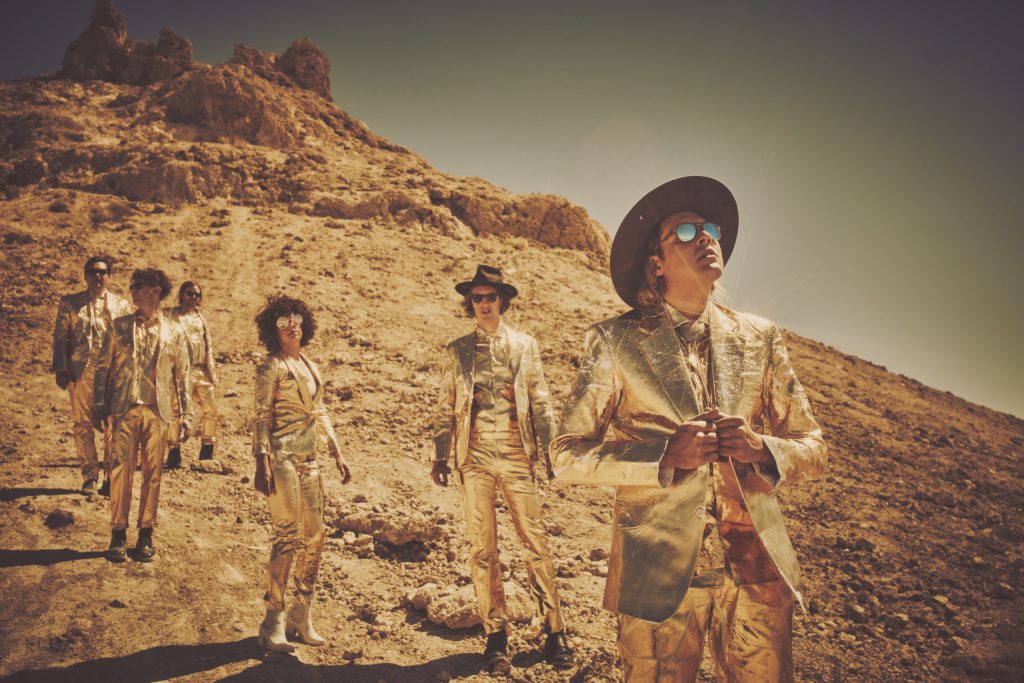 “Arcade Fire lit up East London… with a powerful, mesmerising set of songs old and new as they continued to rule the world on their Infinite Content tour…. a truly special show.” – London Evening Standard

“Utterly electrifying… their stirring shows, from basement clubs to the top of festival bills, are often akin to a spiritual experience.” – The Independent

Arcade Fire have announced a third and final London show at The SSE Arena, Wembley on Friday 13th April, 2018.

Arcade Fire’s Infinite Content Tour will see “one of the most popular and essential bands of the century” (NME) return to the UK for a headline tour that will take in shows in Birmingham, Manchester and Glasgow, as well as two previously announced dates at The SSE Arena, Wembley.

The live show will feature songs from the band’s new album ‘Everything Now’, out now on Columbia Records, featuring the Billboard ♯1 title track as well as Creature Comfort and Signs of Life.

Tickets for the third London show go on sale on Friday 4th August at 9.00am.
For ticket information, visit: AXS.com or ticketmaster.co.uk