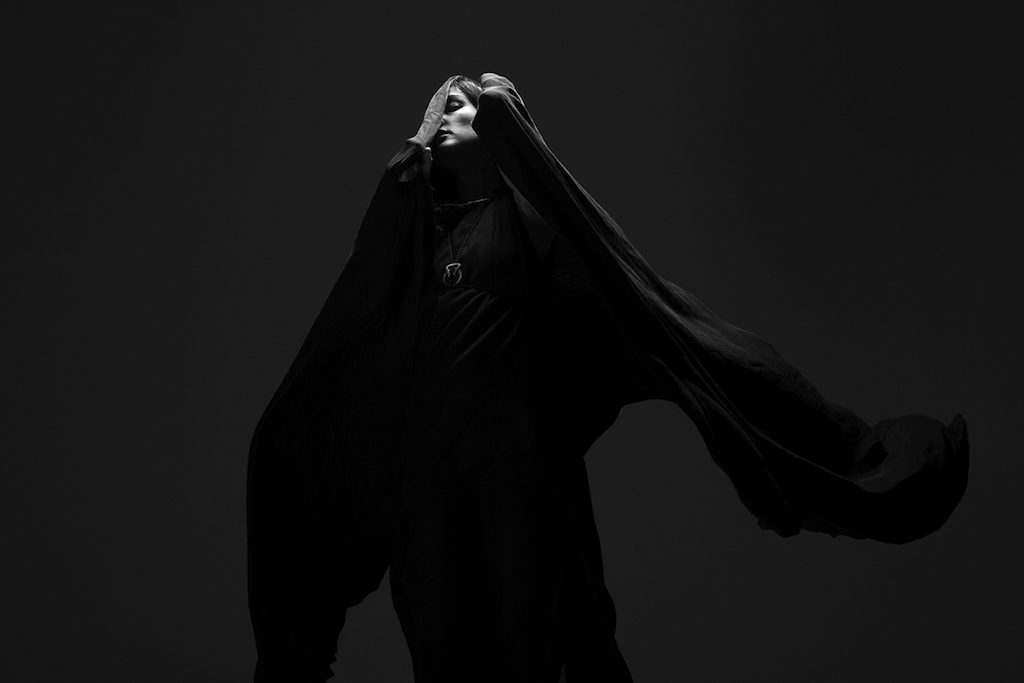 Sacred Bones is pleased to unveil ‘Soak,’ the second song from Zola Jesus’ forthcoming album Okovi, which is set for release Sept 8th. Furthering the intense narrative of Okovi, ‘Soak’ is written through the lens of serial killer’s victim, clinging to life and about to be dumped in the water.

“I was thinking about this crucial moment inside the victim’s mind, when she knows she’s going to die. She thinks back at her life and the futility of the decisions she made, when in the end her life would be cut short against her will,” says Zola Jesus of the track.

“What’s the point of trying to navigate life if you don’t even get to choose how it ends? Instead of letting her fate be determined by someone else, she takes back control and turns it around, so instead, in her mind, she is choosing to die. She lets the killer assist her in suicide, as she gets tossed into the water and slowly drowns.Through writing this song the story evolved within me, and I saw how it mirrored my own feelings inside.”

Okovi will be released September 8, 2017 via Sacred Bones with a London show in November and more UK dates to be announced soon.

For over a decade, Nika Roza Danilova has been recording music as Zola Jesus. She’s been on Sacred Bones Records for most of that time, and Okovi marks her reunion with the label.

Fittingly, the 11 electronics-driven songs on Okovi share musical DNA with her early work on Sacred Bones. The music was written in pure catharsis, and as a result, the sonics are heavy, dark, and exploratory. In addition to the contributions of Danilova’s longtime live bandmate Alex DeGroot, producer/musician WIFE, cellist/noise-maker Shannon Kennedy from Pedestrian Deposit, and percussionist Ted Byrnes all helped build Okovi’s textural universe.

With Okovi, Zola Jesus has crafted a profound meditation on loss and reconciliation that stands tall alongside the major works of its genre. The album speaks of tragedy with great wisdom and clarity. Its songs plumb dark depths, but they reflect light as well.

“Last year, I moved back to the woods in Wisconsin where I was raised. I built a little house just steps away from where my dilapidated childhood tree fort is slowly recombining into earth.  Okovi was fed by this return to roots and several very personal traumas.