“…a luscious soundscape that wouldn’t seem out of place in an indie flick.” – The List

For Fans of… Nick Cave, Dirty Three, Ian William Craig, Bing & Ruth
Experimental Scottish band Tryptamines have unveiled their brand new video for More Unforgotten Friends, which featured on the highly anticipated concept album, The Way Which Can Be Named Is Not The Nameless Way, out now via FitLike Records and available to buy on Bandcamp.

Tryptamines have previously released A Landslide O Tiny Robots, premiering on Gigslutz and ‘This Is My Feelings’, which premiered on Podcart. Both tracks are available to stream on the Tryptamines Soundcloud page now.

Tryptamines are aiming to build upon their recent success having been voted Best Eclectic EP at the 2016 Independent Music Awards, judged by the likes of Tom Waits, Slayer and Suzanne Vega. It comes as no surprise that some of the world’s most respected musicians voted for the band considering their expansive approach to songwriting, arrangement and recording which has a grandeur more associated with classical music. On The Way Which Can Be Named Is Not The Nameless Way, Tryptamines have created an avant chamber-like sound: emotive, affecting and truly beguiling, evoking memories of band’s such as Bing & Ruth, Dirty Three and Rachel’s.

Written as a concept album, Tryptamines have tried to engage the listener in an almost apocalyptic narrative, apt considering the current mood permeating the day to day lives of many people around the world. Asserting that 1984 was written as a warning rather than an instruction manual, Tryptamines have challenged the listener to think for ones self, not to believe everything that we are fed by a corrupt, corporate media and to resist becoming too reliant on engaging with one another through technological means as opposed to real life experiences. The Name That Can Be Named Is Not The Nameless Way is a are a cathartic, poignant and, at times, challenging experience knitted together beautifully by the classically trained Callum Peterkin’s talented songwriting ability.

Originally hailing from Buckie on the Moray Firth coast of Scotland, Trypatmines are led by composer, multi-instrumentalist and doric poet Callum Peterkin (aka Chemical Callum) and joined by Tom the Noise Monger(vocals, samples, guitars), Tiny Broken Keyboards (echoes, noises), Fox Beats (drums, bass guitar, baritone), Ignatious D Funt (guitar, synth) and Mophamish (sound production, design). Remarkably, the band were almost finished before they had even begun after Callum suffered a horrific injury to his arm in 2011, with doctors advising he would never fully recover due to the nerve damage his arm suffered. However, after battling a painkiller addiction, depression and a cancer scare, Callum battled against the odds to rebuild his arm, his life and music career. Fast forward six years and Tryptamines have established themselves both at home and abroad, performing at a number of psychedelic festivals, releasing several records and, ultimately, gaining recognition at last years Independent Music Awards.

The Way Which Can Be Named Is Not The Nameless Way by Tryptamines is out now via FitLike Recordsand available to buy on Bandcamp. 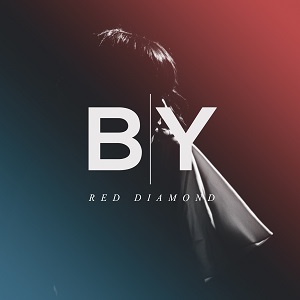