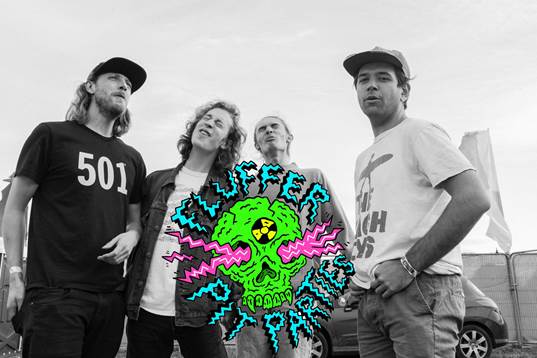 After a triumphant return featuring the mighty PINS and JAWS, Fluffer Records have announced the main support for their upcoming Spring King pit party extravaganza. The Mancunian rockers will be joined by Brighton hellraisers Demob Happy and South East London’s Nova Twins.

Their astonishing first year featured the likes of The Wytches, Bo Ningen and Atlanta’s Black Lips, now London’s premiere DIY outfit have returned with a brand new series of Pit Parties. Hidden warehouse spaces, 360 degree stages and some of the finest line-ups the city has to offer, the Fluffer team remain the number one purveyors of new music and fully immersive live events.

Further Pit Parties will continue to be announced over the coming weeks, including a massive November mega pit party. With the hottest new talent on the undercards, DJ’s, food stalls and infamous Fluffer chaos, there’ll be plenty of tasty goodness on the bone. And as always the pits will be powered by the mighty Orange Amps, Pistonhead beer and DIY Magazine.

The Frisbys return with uplifting new single ‘I Heard’!