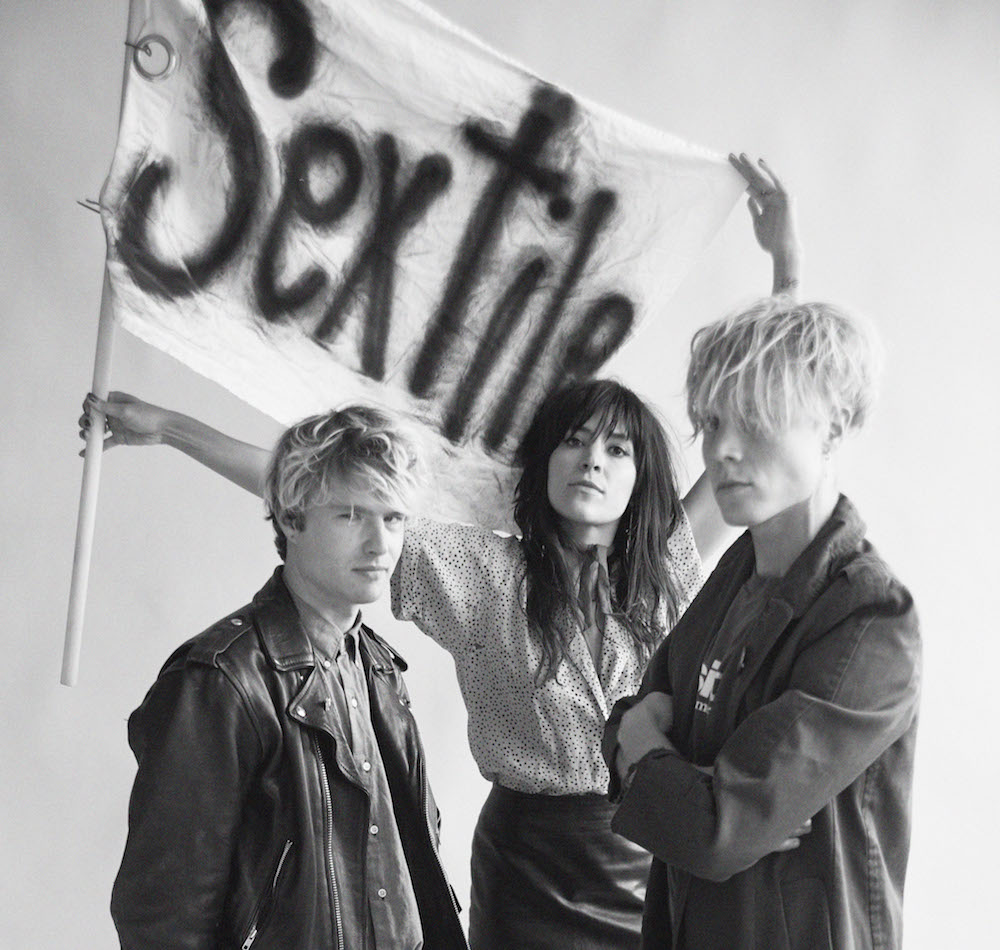 LA-based trio SEXTILE have shared a second track from their forthcoming second album, ‘Albeit Living’,which is to be released on July 14th via felte.

On new track “Who Killed Six”, front man Brady Keehn spits and snarls over bouncing surf punk bass licks, making for one of the album’s most joyously anarchic moments of catharsis.

“It’s about a lot of things” explains Keehn. “Right when I was making the demo for ‘Who Killed Six,’ my first synth – the Korg Polysix – died; hence the name of the song. Later down the line when it came time to write lyrics, I wanted to tie in similar words that are descriptive of electronics with my view on our social, economic and political climate.”

As a stable fixture in the Los Angeles underground over recent years, Sextile have been gaining a devout following since their inception in 2015. The band boldly throw convention out of the window to create and genre-bending imprint that combines the raw energy of 70’s punk with the intricate and sophisticated structural elements of 80’s post-punk and synth-wave.

After hunkering down in a basement in Echo Park to record for a couple of weeks, Sextile is back with their sophomore LP, Albeit Living. The album title, inspired by a Circle X song, means in-spite of living and sets the tone for a politically charged, introspective album of impassioned observations on our world today. Musically, Albeit Living is a testament to the band’s growth in the songwriting department and effort spent fine-tuning their burgeoning compositional skills: the synth is in the forefront on this album, allowing it to shine through more powerfully than we saw on A Thousand Hands. Despite its more sophisticated sound, the album manages to match and even intensify the seductive energy of their live shows and debut album.

The ten-song LP is a strong statement as a follow-up to their primitive debut. The album launches abruptly, pulling you almost instantaneously into its orbit of hard-hitting techno beats, juddering synths, and zooming feedback, hinting at influences including The Jesus & Mary Chain, the frostbitten analogues of Cabaret Voltaire, the myth of Public Image Ltd., and the taunting soundscapes of bands like D.A.F. and Section 25.