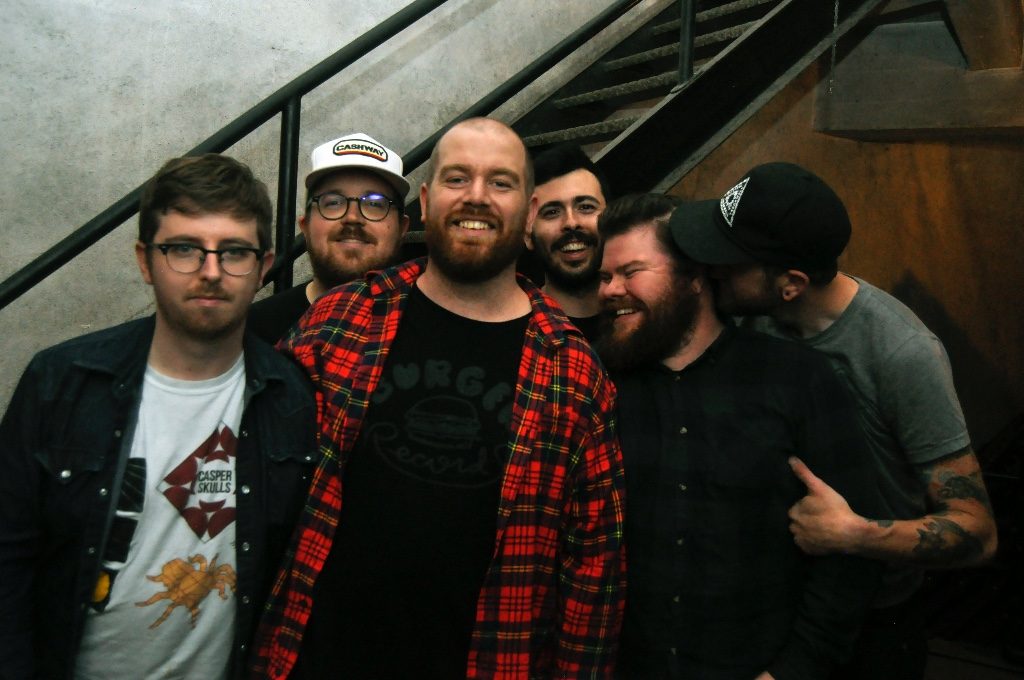 Good power-pop records—the ones that capture the spirit of the genre’s forebears—are tough to come by but Sam Coffey and the Iron Lungs very much hold their own. The vocals here are alternately gruff and nasal. An organ simmers in the background and guitar solos offer quick hits of traction. There are handclaps and supremely solid hooks….This is the sound of dirtbags having fun and falling in love.
– PitchforkExploring adolescent nostalgia with a Ramones-like spirit…the band vocal achieve maximum catchiness while still brimming with punkish angst.
– Consequence of Sound

Though that band name sounds ultra-tough, I assure you they have more in common with Replacements or Reigning Sound. Power-pop through and through, with melodic vocals powering a punk-y, Americana aesthetic that is fun, hummable and definitely repeatable.
– Noisey

Toronto’s Sam Coffey & The Iron Lungs shared a new song today off their upcoming self-titled LP, out July 29th via Burger Records and Dine Alone Records. The new track, titled “Ragnarok” is part of an impressive trilogy on the back half of the new record. According to Coffey it’s about finding your true self and coming to understand your place in the world, which, given Coffey’s previously disclosed passion for the fantasy (read his Noisey interview about Dungeons & Dragons here), is couched in the language and concepts of the genre.

“Ragnarok” is the first part of the 15 minute trilogy on the b-side of the record, but the last part to be written so I wrote it to build into the themes of the other two songs (Teenage Release and PHD),” says Coffey. “It’s about self-actualization, and realizing what and where you want to be. The part before the chorus, “tell me the name of my guiding star” is like learning your real name for the first time, like when Clark Kent found out he was Kal-El. I always thought I’d live and die in my ergonomic office chair until I realized that I was pretty much born to rock.

Ragnarok is also the name of a rad sword in most of the Final Fantasy games!”

Following a month-long on the road with Dine Alone Records label mates The Flatliners and The Dirty Nil, Sam Coffey & The Iron Lungs are announcing a collection of summer dates, including shows with Yukon Blonde and The Sheepdogs. Full details can be found below.

The upcoming album is currently available for pre-order.

—-
Sam Coffey & The Iron Lungs have been working on this LP for almost two years. Their previous album, Gates of Hell, released on Oakland punk/garage label Southpaw Records (Ty Segall, Young Guv), received praise from outlets like Pitchfork, Spin and Noisey, and saw the band tour extensively, playing with Red Kross, Black Lips and Screaming Females, and becoming regulars in DIY scenes up and down the East Coast, but for their follow up the band sought to build upon the lo-fi aesthetic of their earlier releases and push themselves beyond their garage roots. They began working with producer Alex Bonenfant (METZ, Crystal Castles), who brought them into a proper studio for the first time, and they embraced their abiding love for, and near encyclopedic knowledge of 70’s power pop, in the process honing a potent brand of guitar music that draws influence from a broad swath of the genre’s history.It’s a sound that at once revels in a rough and anarchic feel, best exemplified by Coffey’s untamed wail of a singing voice, while displaying a deft approach to songwriting and arrangement, collecting and repurposing ideas gathered from bands like Cheap Trick, Dwight Twilley, Teenage Fanclub, The Cars, Thin Lizzy, The Undertones, and The Exploding Hearts, in the service of songs about teenage isolation, petty criminality and escape, rooted in an unshakeable faith in honesty, love and the transformative powers of pop music. It’s an ambitious record, and one where obvious care has been taken to refine every element of the finished product, but it’s an ambition that even on the 9+ minute epic medley that makes up much of the record’s second side, never edges into pretension or obscures the band’s irrepressible enthusiasm. Despite their maturation this is still, as Pitchfork’s Evan Minsker said of their previous release, “the sound of dirtbags having fun and falling in love.”