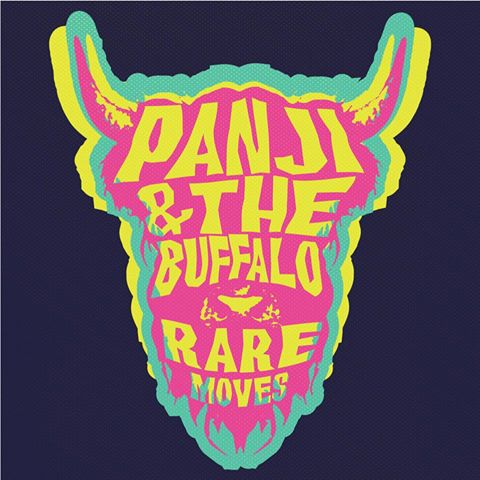 Former You Slut! drummer Daz Cook will release a debut solo EP of blistering math rock and expansive instrumentals under his Panji and The Buffalo name, digitally and via CD on independent label Reckless Yes Records on 11 August 2017.

As founding member of You Slut! Cook toured extensively across the UK and Europe as well as recording two critically acclaimed albums in their ten year career. Following the amicable ending of the band in 2014 Cook began working on his solo project, Panji and The Buffalo.

A 2015 crowdfunder paid for recording time, at Snug Recording Company in Derby, and Cook then teamed up with independent label Reckless Yes to release his record of intricate but bombastic math-rock and expansive instrumentals.

Peter Darrington, co-founder of Reckless Yes and bassist in Cable, said: ““What’s particularly enchanting about Panji and The Buffalo is I was literally bowled over by just how creative and talented a composer Mr Cook is. “Every single instrument on this record – drums, bass, guitars, keyboards, stuffed raccoon – Daz has played the lot and in doing so, he’s created a math rock landscape that’s the sonic equivalent of an MC Escher drawing – every time you listen to it, new patterns and rhythms emerge that take you off in a different direction and then cleverly lead you back to where you started. It’s just superb!”

The Rare Moves EP is a collection of tracks which is every bit insane as you can imagine from this musician. A record which sounds so full it could easily be mistaken for an act with 4 or more members, not a solo effort. From start to finish the EP flitters between the ferociously fast beats to elongated notes. It’s dynamic, experimental and courageous. A flawless record soon to be unveiled to all.

The Rare Moves EP will be released on 11 August 2017, digitally and as a limited CD, via Reckless Yes. Live dates will follow later in the year