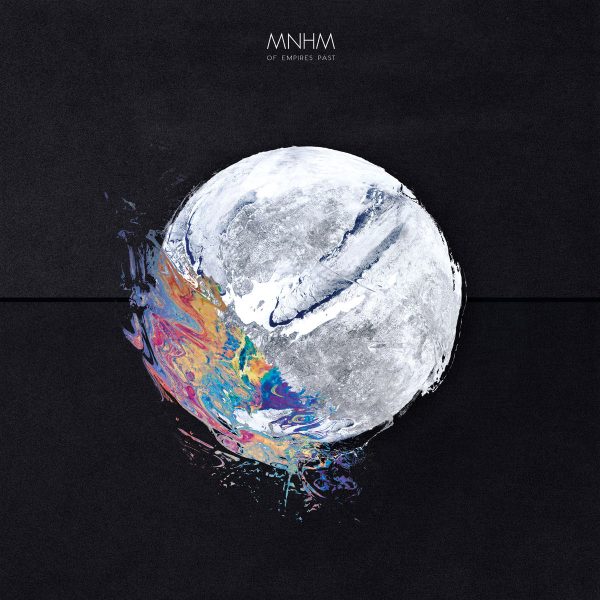 At first pass the new offering from Dutch collective MNHM, their second album ‘Of Empires Past’, is an intense listen. Building on their 2013 debut it further explores the math-rock, post-metal landscape around them. Industrial and heavy in parts it has complexities beyond its time signatures, and breadth beyond what a assigning it simple label infers. A solid record this collection works around a sonic theme, stretching this concept in different directions without straying too far from the concept. And yet, despite this seeming constraint they pepper the tracks with enough variety to make this an interesting listen, rewarding the listener with some very special moments.

From the off elements of post-metal are immediately at play – in opener ‘A Show Of Might’  the plain beats and the layered guitars could be the standard dark and doomy of the genre but instead  they go big and bright. Throughout this and the rest of the album there is a shimmering bloom from the combination of the technique and key, becoming somewhat surprisingly yet most definitely evocative of a fairground carousel galloping in circles to its own discordant tune.

‘Equals of Gods’  continues in this same approach, if anything a heavier and more insistent version, while ‘Ascension’ turns back toward the math-rock root as the drumming becomes less perfunctory and more intricate. It’s always a background piece to that wash of guitar though, the rhythm a taut line holding you face first into the punishing cleanse of oncoming waves.

Title track ‘Of Empires Past’ is an over-too-soon respite from that flare before the aptly titled ‘How Things End’ arrives with a siren call, an attention-grabbing heart-stopping oscillating wail behind which there is the incessant pound of drums, oozing desperation and defeat in their tempo changes as the alarm of the guitar brings the track to a close.

As we drop into the second half of the album with ‘Rule Of Law’ things get a little darker, the shine knocked off by more abrasive tones, a meandering saxophone line keeping things in the experimental arena. It all gets heavier still on ‘Superior Grace’, a full force barrage – those layered guitars a soothing moment of respite before you’re plunged back into the fray.

‘Enforce / Embrace’  brings the darker side of the band out with doom and post-rock interspersed by staccato sax. The track builds impeccably toward one of the albums most interesting moments, almost playful melody illuminated fully with guitar layers ringing with clarity.

Closer ‘Coronation’ is a triumphal march of a track, all that has gone before on this record turned right up and blasted out, heralding who knows what…an end, a beginning, a purge, a rapture.

Whatever does come next there is a sense of having survived through this offering, and certainly of being richer for the experience. There are moments where the overall sound blends between tracks and becomes at times indistinguishable, however this is not overly detrimental. The approach and the brightening of what is usually a doom-laden sound along with the experimental flourishes, make this a rewarding listen.