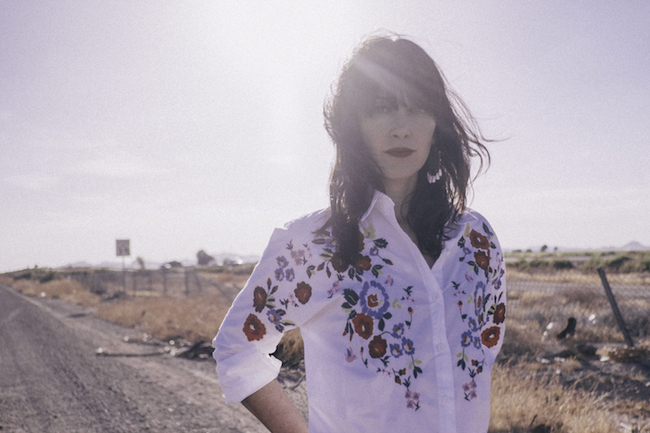 JUANITA STEIN
UK / IRELAND HEADLINE TOUR ANNOUNCED
‘I’LL CRY’
THE NEW SINGLE
DEBUT SOLO ALBUM ‘AMERICA’ OUT ON 23 JULY 2017 ON NUDE RECORDS
“A fab, dreamy journey into the dark heart of country-noir”  The Sunday Times
“It’s the voice that grabs you… A wonderfully lucid piece of songwriting, emotion lingering on each note”  Clash
Howling Bells’ Juanita Stein has just announced a full UK and Ireland tour to follow the release of her brilliant debut solo record, ‘America‘, on 28th July (Nude Records).
Stein had already announced UK festival dates this summer, including with Tom Petty in Hyde Park and at Cambridge Folk Festival, ahead of a brace of headline shows – in her adopted hometown of Brighton and in London – the week the album is released. Tickets for her new September/October headline tour dates will go on sale this Friday (30th June). See below for all upcoming dates.
The newest single to be taken from her album, which was recorded in Los Angeles with the producer Gus Seyffert (Beck, Ryan Adams), ‘I’ll Cry‘ is available now to stream and as a free download for fans pre-ordering the album ahead of its release. This single is accompanied by a newly-released home video, filmed during recent US tour dates, which you can view HERE.
Says Stein: “‘I’ll Cry’ is a musical ode to the all-American greats I took my cues from as a budding songwriter. Roy Orbison, Patsy Cline and the work of Phil Spector, all of whom made a significant imprint on my heart, I’m forever  channeling that soulful sadness. I’ll Cry is a song that speaks of an impossible love, his resistance, her infatuation. Never a happy ending.”
LISTEN TO I’LL CRY ON SOUNDCLOUD ON SPOTIFY AND ON YOUTUBE
UK Tour Dates – July 2017