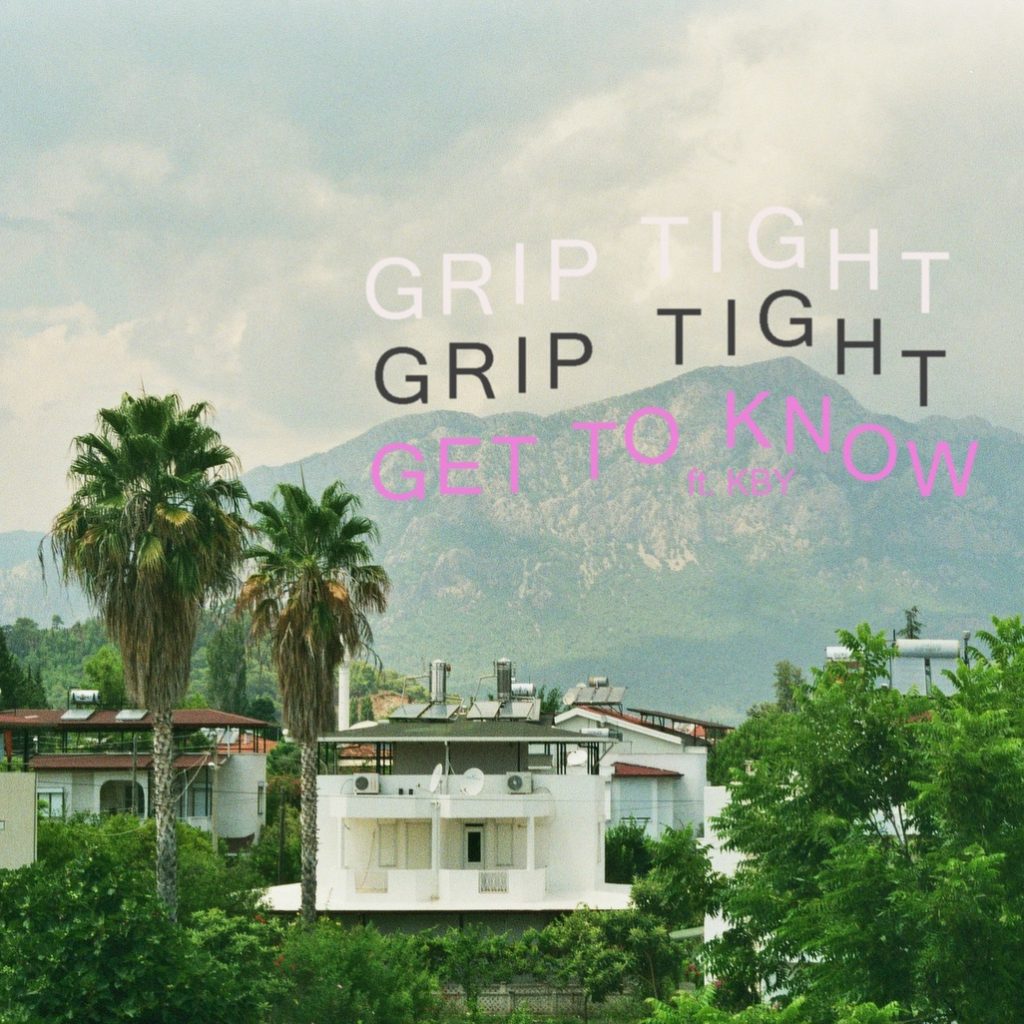 GRIP TIGHT is the project of English-born, Berlin-based producer/vocalist Benjamin Gregory. His sound, on releasing the debut ‘Never Enough’ EP (June 2016, Feint), was described by Uncut magazine as “delicate, featherweight digital constructions.” GRIP TIGHT’s electronic creations are made with antique drum machines and mutilated vocal samples, weaved into dark soundscapes, but with a pop-sensibility.

GRIP TIGHT now returns with the broken ballad ‘Get to Know’ which features vocals from Bella Union/Wichita Recordings/Yep Roc artist KBY (of indie-rock Peggy Sue and Deep Throat Choir). Gregory’s forlorn lyrics explore themes of intimacy and longing, countered by playful synth drops and driving motorik rhythms. ‘Get to Know’ is a tale of communication adrift, of questions left unanswered, of a romance struggling to define itself.

Following its premiere on Gold Flake Paint who described the ‘Get To Know’ as a “sumptuous composition”, the track is available to stream and share via Soundcloud.

‘Get To Know’ was recorded in various locations across London and Berlin throughout 2017 and mastered by Dan Blackett at Grapefruit Studio. It’ll be released as a digital single, alongside b-side ‘Dive In’ via  iTunes and Spotify on 4 August via Musclemilk Records.