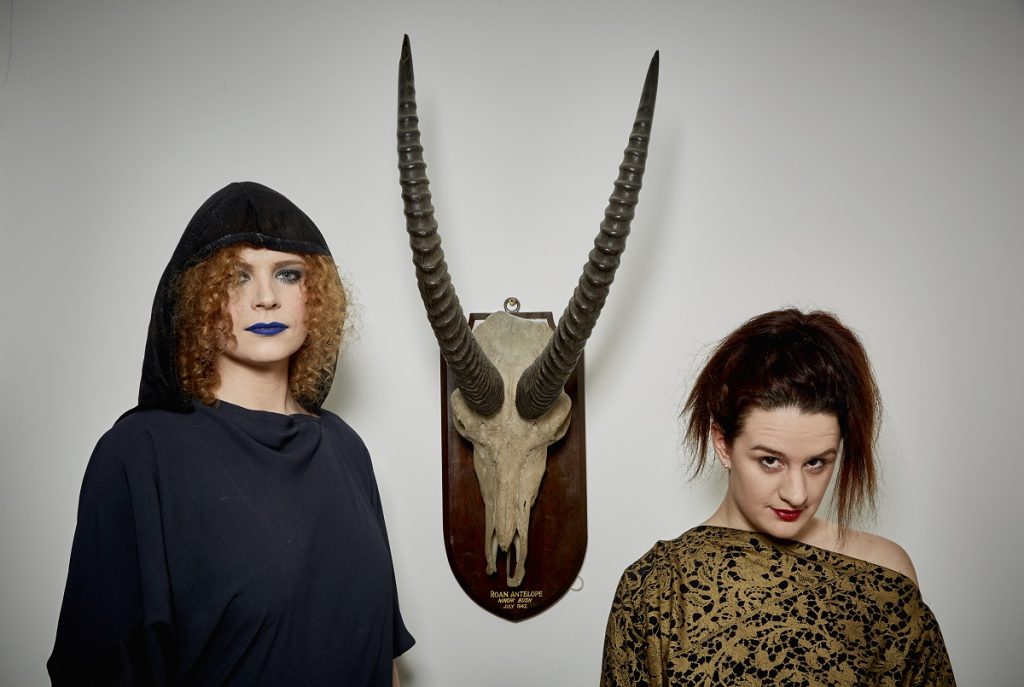 Released 4th August 2017 via I’m Not From London Records

Hull and Leeds based sister-doom duo CHAMBERS have revealed they will release a brand new single ‘Down The Rabbit Hole’ on 4th August 2017 via I’m Not From London Records.

The band are also pleased to announce they will be appearing at several UK festivals over the summer, with a select handful of European tour dates later this year.

A dark, spiralling, punk rock jack-hammer of a track that shows yet another side to Chambers’ inventive approach to the alternative music spectrum, the single is all about people delving into situations they shouldn’t be in, venturing further and further “down the rabbit hole”, in both a political and non-political sense.

Commenting on the new material, front woman Aeris Houlihan says: “When I wrote the melody and opening lyrics I was thinking of a dark version of Alice in Wonderland, a dark lullaby so to speak. The song has more than one meaning as it developed between the two of us whilst writing.”

“I wanted the drums to follow a constant punk beat,” continues drummer Eleanor Churchill on the writing process “So I based my playing on David Lovering’s drumming in ‘Vamos’ by The Pixies. I wrote my portion of the lyrics in response to the Alice In Wonderland vibe that Aeris wanted, to feel like you’re falling deeper into a pit of confusion, not knowing how you truly feel in a situation and rolling with an emotion because it feels right at the time, but eventually that emotion can leave you in a mess the more you hold on to it.”

Recently winning funding from the PRS Foundation’s Open Music Fund enabling them to concentrate their resources on further recording and touring, the new material is the follow up to previous singles ‘Hostile’ and ‘Sister Doom’ which secured critical praise from the likes of Alternative Press, Louder Than War, Clash Magazine and Buzz Feed, alongside radio support from BBC Radio One, BBC Introducing and many more blogs and radio stations.

The duo are racking up an impressive list of support slots and have so far played with the likes of Black Honey, The Mirror Trap, Dinosaur Pile-Up, Heck and Clean Cut Kid – a list that’s almost as varied as their own many-faceted influences. Citing the likes of Nirvana, The Pixies, Kendrick Lamar, Reggie Snow, Deap Valley, The Smashing Pumpkins, Pulled Apart by Horses and Interpol, their taste is nothing if not eclectic.

The band head into the studio later this year to record a full EP.