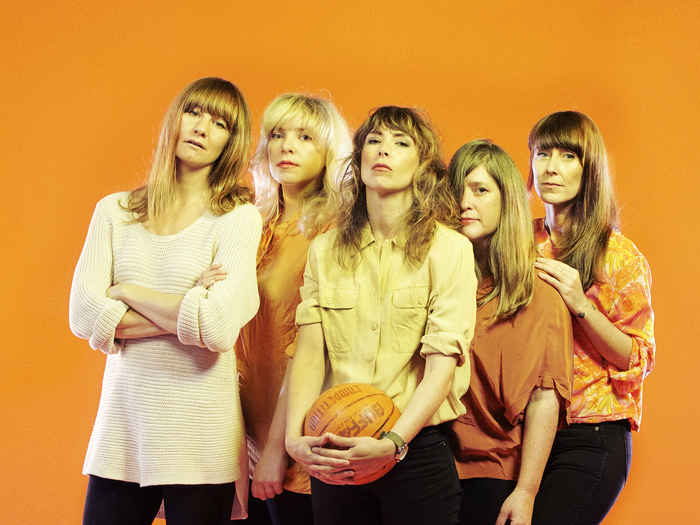 Beaches
Australian psych quintet announce new double album
Second Of Spring
Due out on 8 September via Chapter Music
Australian psych quintet Beaches return with their third album, an epic double LP entitled Second Of Spring – Chapter Music’s first ever double album by a single artist. Blending darkly woozy psych rock with hypnotic post-punk, Second Of Spring takes Beaches even further out, to where the pyramid meets the eye – a vast, enveloping sonic landscape, filled with extended instrumentals, overdriven psych-outs and propulsive pop nuggets.
They shared the first single “Void” via Noisey, who wrote that Beaches are, “One of Australia’s pre-eminent psych-rock bands of the last decade”.
As guitarist Ali McCann explains more about the track: “Void is a conversation between two people, who discuss a prolonged absence, a temporary disappearance into a space of emptiness. We wrote Void in our rehearsal space in Reservoir (Melbourne) during a prolific period of song writing. It was produced by John Lee (Phaedra Studios), who also plays synthesiser on this track. Ali and Karla are on vocals. There is a restrained interaction between them, tempered by the motorik drive of the instrumentation.”
A super-group of sorts, Beaches comprise several musicians who had been playing in different bands for years, as well as those who had never been in bands before. They have three guitarists creating a powerful wall of sound, with Ali McCann and Alison Bolger (Panel Of Judges, Sleepy Township, etc.) on rhythm guitar, and Love of Diagrams’ Antonia Sellbach on lead guitar. The rhythm section is made up of Gill Tucker on bass (who plays with Scott and Charlene’s Wedding) and Karla Way on drums. They share vocal duties on the songs but at a level complementing the noise so as to leave their identities fluid.
Beaches made a name for themselves with their much-loved second album, She Beats, which brought them to international acclaim in 2013 and featured a guest guitar appearance from German motorik hero Michael Rother (Neu, Harmonia), and earned raves from Pitchfork, Stereogum, Gorilla Vs Bear, Spin and elsewhere.
When they first formed and were looking for a band name, one of their friends quipped wondering if they were going to call themselves “Bitches”. Long before there were Beach Fossils, Dirty Beaches or WAAVES, they chose the homonym Beaches, which is on one hand a knowing nod to one of the greatest female bonding chick-flicks, and on the other a reference to their own love of camping and the ocean.
Second of Spring was recorded in Melbourne with engineer/producer John Lee (Totally Mild, Lost Animal) and mastered by David Walker. Artwork is by the band‘s own Ali McCann, with design by renowned artist Darren Sylvester.
The result is a hazy, glowing set of psych-noise gems that are underpinned with an unsettling tension. Brimming with 60s pop melodies and vocal harmonies, they blend sun-drenched distortion with looping guitars and ferocious drum beats.
Beaches’ self-titled 2008 debut was shortlisted for the Australian Music Prize, and included in glossy coffee table book 100 Best Australian Albums. The band released a standalone 12” on New York label Mexican Summer in 2010. They have toured the US twice, playing SXSW and Austin Psych Fest, and shared stages with Roky Erickson,Deerhunter, The Cult, Thee Oh Sees, Lightning Bolt, Mogwai, Best Coast and more.
Already revered as sprawling, swirling psych overlords, Second Of Spring is Beaches’ undeniable magnum opus.
“Weird hypnotic depths forged from the group’s seemingly limitless chemistry” – Pitchfork
“Layered and blissed-out studio rock” – Stereogum
“Gorgeous/swirling heavy psych-out” – Gorilla Vs Bear
“Brightly catchy noise-pop…heaven-sent” – Spin