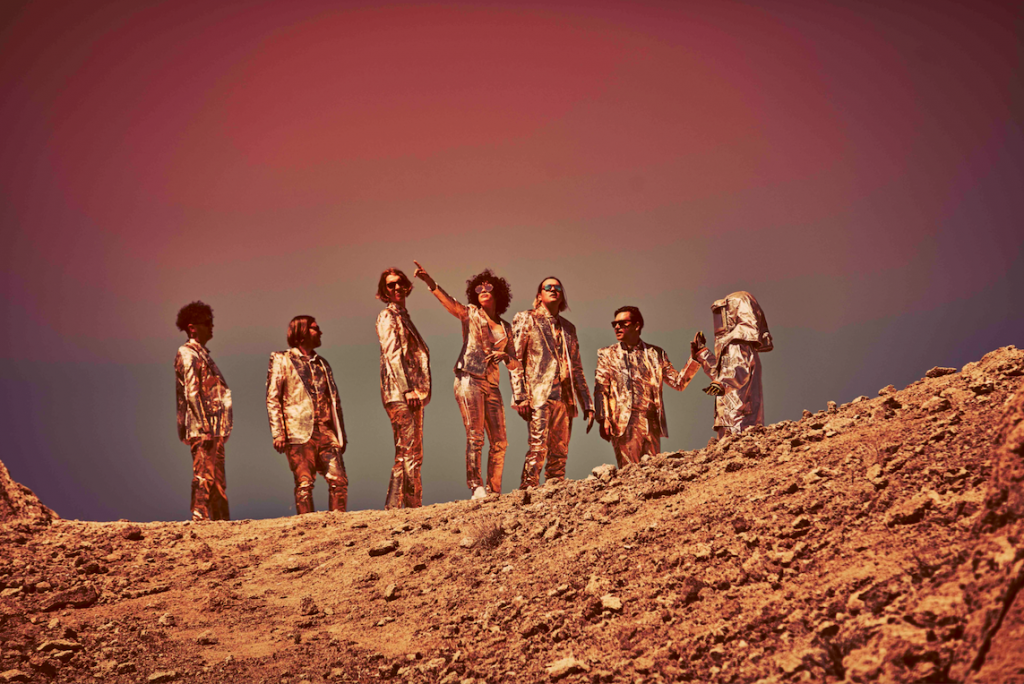 LOOK FOR “SIGNS OF LIFE”
ON NEW TRACK & VIDEO OUT NOW

“Butler, Régine Chassagne and company may only just be finding their stride. Inconceivable, sure. Unbearably exciting? You bet.” – The Independent

Arcade Fire has released a third track from forthcoming album Everything Now, due out July 28 through an exclusive 360-degree partnership with global media and e-commerce platform Everything Now, in synergy with the Sony corporation.

The “Signs of Life” video was directed by Miami-based film/art collective Borscht, who shot the paranormal investigation storyline on 16mm film earlier this month in Miami.

Following in the tradition of the album’s title track and “Creature Comfort” (available in both Official and Official Official versions), “Signs of Life” can now be streamed, downloaded or watched – for those wishing to join the band in its search for human and/or extraterrestrial connection.

Additionally, Arcade Fire has revealed the track listing to the new album:

As with previously released tracks ‘Everything Now’ and ‘Creature Comfort’, ‘Signs of Life’ is available with pre-orders of the album and is now live on streaming platforms. Everything Now will be available CD, cassette, digital download and heavyweight black vinyl LP.