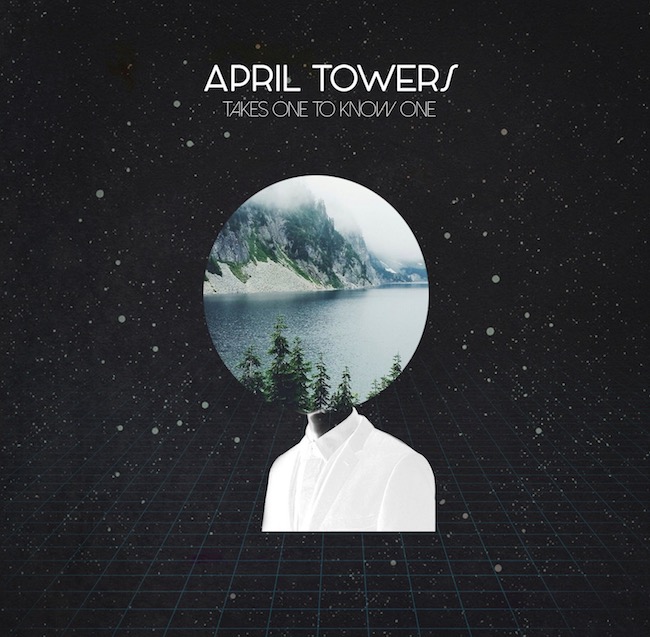 APRIL TOWERS
NEW SINGLE ‘TAKES ONE TO KNOW ONE’ OUT NOW
WATCH VIDEO
DEBUT ALBUM ‘CERTIFIED FREAKY’ DUE OUT NEXT YEAR
“Thirty years ago, I’m sure April Towers would have been my new favourite band. In the coming months they could very well be yours” – Drowned in Sound
“They have got the energy for it all. Most likely to join Chvrches in the synth revolution” – DIY Magazine
“The band create a powerful slab of noise.” –  The Line Of Best Fit
“A sharp, stylish piece of synthetic pop, in that warmly British lieage of Pet Shop Boys or Sait Etienne” – Clash
“There’s no two ways about it, if April Tower’s aren’t massive in 2016, then there is no justice in the world.” – Gigwise
Nottingham April Towers have shared the video for their newly released single ‘Takes One to Know One’.
The duo have been away from the spotlight in recent months honing the finishing touches to their debut album ‘Certified Freaky’. Recorded at Soho’s legendary Dean Street Studios in the same room David Bowie recorded Diamond Dogs, the album is co-produced with highly revered electronic artist-cum-DJ Ben Pearce and mixed by Nathan Boddy.
‘Takes One to Know One’ is the first single taken from their debut album, due out early next year, which is currently being funded through Pledge Music, more info HERE. “After the successful release of a number of singles, we felt the time was right to get in to the studio and make an album, a record we are incredibly proud of and feel is the next stepping stone in the April Towers story. Having an extended body of work is something we have always aspired to, so the fact that it’s nearly a reality is incredibly exciting to us.”
LISTEN TO ‘TAKES ONE TO KNOW ONE’ ON SOUNDCLOUD AND SPOTIFY
April Towers have announced a few UK shows, with more to be announced soon.
22 July – Hy Brazil Music Club – Bristol, UK
08 September – The Angel Microbrewery at The Chapel – Nottingham, UK
26 October – London, UK – 02 Academy 2 Islington  – London, UK w/ M+A
Since forming, the duo of Alex Noble (vocals, guitars & keyboards) and Charlie Burley (production, samples, guitars & keyboards) have put out a series of singles and EPs including last year’s ‘Silent Fever’ and have played shows and festivals in the UK and Europe.
With influences ranging from pioneering artists such as Jon Hopkins, Aphex Twin, LCD Soundsystem and Radiohead and a pop sensibility that recalls the likes of Pet Shop Boys, New Order, Orchestral Manoeuvres In The Dark and Cut Copy, April Towers make timeless music with one eye on the present and the other looking far ahead into the future.
www.facebook.com/apriltowersofficial