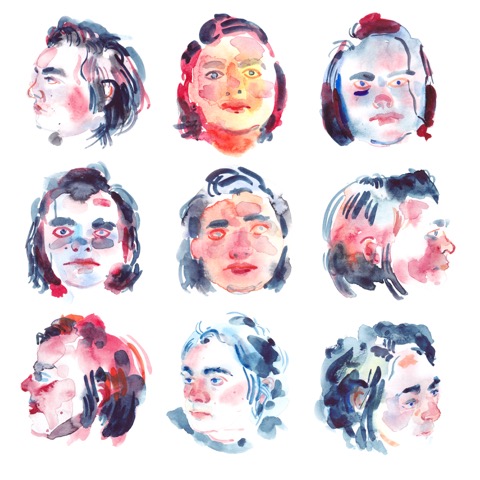 Toothless is pleased to announce the release of a new EP, ‘Palm’s EP’ on the 16th June through Island Records.  It follows the release of his acclaimed debut album, The Pace of the Passing, earlier this year.

The EP features beautifully reworked versions of songs from Toothless’ debut album, alongside a stunning cover of Sufjan Stevens, ‘The Dress Looks Nice On You’ and a new song, ‘Chasing Godot’.

As with The Pace of the Passing; the EP is very much the mind of one man, though Toothless welcomes friends to assist in finding this vision once more, with artwork exclusively created by Orlando Weeks from The Maccabees.

Speaking of the new release, Ed Nash AKA Toothless commented: “About this time last year me and some friends soundproofed the breezeblock shed at the back of my garden to use as a rehearsal and recording studio. Up until this point all the writing I had done for Toothless had taken place in my living room or other peoples more professional rooms. Since then with the new space, I’ve spent my time working on my production skills, experimenting with new sounds and generally enjoying making music. This EP is the result of that time.”

As curious a moniker as it may seem, the name Toothless comes from a Raymond Pettibon drawing. The US artist (infamous amongst the 1980s LA punk scene for his gig posters) drew a tiger biting off a boy’s head with the caption, ‘Even toothless, she can still bite off a boy’s head.”  The idea of something being toothless, but still having bite struck Ed as strangely compelling. Nobody expects ‘side projects’ to achieve very much, especially the side project of a bass player (Ed is bassist of Bombay Bicycle Club), and so the name stuck.

The Dress Looks Nice On You