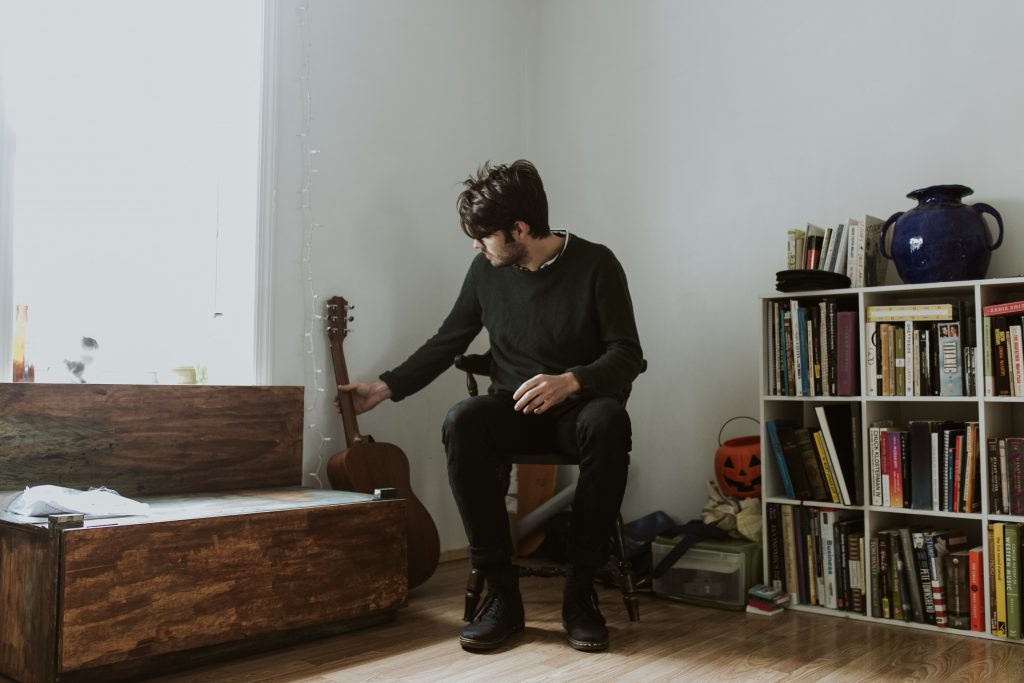 Premiere “Building The Ark” via The Fader

Slaughter Beach, Dog (Jake of Modern Baseball) has just announced their new EP Motorcycle.jpg, coming out July 14th on Lame-O Records. The EP comes out in advance of an upcoming LP, set to be released this fall. Pre-orders for Motorcycle.jpg are available physically and digitally now via Lame-O Records. Slaughter Beach, Dog has also released the first single from the record “Building The Ark,” which can be heard now via The Fader, alongside an interview where Jake discusses the new songs and the way the band has changed since the hiatus of Modern Baseball.

Few bands can say they were born out of necessity, but Slaughter Beach, Dog can. In 2015, Jake Ewald, in the midst of trying to write songs for his other band Modern Baseball (which has since gone on hiatus), hit a patch of writer’s block. To get himself back in action, Ewald decided to move the focus off of himself, stitching together a loose narrative surrounding a motley cast of characters. Before he knew it, he’d written an entire album, and Slaughter Beach, Dog was no longer an exercise, it was a full-fledged band.

“When I gave myself the specific goal to write these kinds of songs and figure out how to do it, it just broke me open in a way I really needed.” What came pouring out of Ewald was Welcome, a 10-track debut that showed his ability to create a world of his own making, all the while blurring the line between fiction and reality. At times, he’d be singing about people and situations he invented, but the songs were still personal, often informed by experiences deep in his past, excavated for the purpose of expanding his songwriting vocabulary. This approach is even more evident on the new, four-song Slaughter Beach, Dog EP, Motorcycle. jpg. Recalling the likes of John K. Samson or David Bazan, this new batch of songs darts between musical styles and narrative structures. Protagonists go unnamed, leaving it up to the listener to deduce whether or not Ewald is singing about himself or offering updates to the characters found on Welcome. .

“Building The Ark,” Motorcycle .jpg’s first single, works in the same framework as the best songs by The Weakerthans. Like John K. Samson, Ewald is a songwriter that sweats the small stuff, focusing in on tiny details in order to tell a freewheeling account of a strange night in Las Vegas. It’s abstract framing recalls the storytelling of David Lynch, featuring some bloody knuckles and a hazy dream that culminates in a love scene inside of a 7-11. Musically, it’s akin to the deconstructionist Americana found on Wilco’s Yankee Hotel Foxtrot (his namechecking of “Heavy Metal Drummer” on “104 Degrees” drives it home all the more) as instruments swirl around Ewald, with twangy lead guitar parts peppered in and some oddly-timed cymbal crashes accenting the song’s unpredictable aura.

“I took that as an opportunity to get a little bit weirder than usual,” said Ewald, noting that the EP taps into a more ambitious style of production, while pointing people in the direction of where the new Slaughter Beach, Dog LP—which is currently being recorded—will likely end up. Though it may sounds like a sonic leap, Motorcycle .jpg shows Ewald isn’t so much interested in reinvention as much as he is expansion. Everything he’s hinted at in his previous work is blown out here, allowing him to create songs that never settle into one specific set of sounds. “104 Degrees” features chest-rattling synths and a plainspoken vocal delivery befitting of Fred Thomas. The acoustic guitar strums accompanied by muted drums on “Glowing” turn a Superweaks cover into a Left And Leaving B-side. “Your Cat” is a sunbaked, out-of-body fantasy that’s both aimlessly fun and deeply introspective.

Though Slaughter Beach, Dog may have started as a project for Ewald to get past a mental block, it’s grown into something more. Under this moniker Ewald has built a rich, vibrant world—and it may very well be the one we’re living in.