ONLY ECHOES REMAIN SHARE NEW TRACK ‘OF STONE AND STARS’ 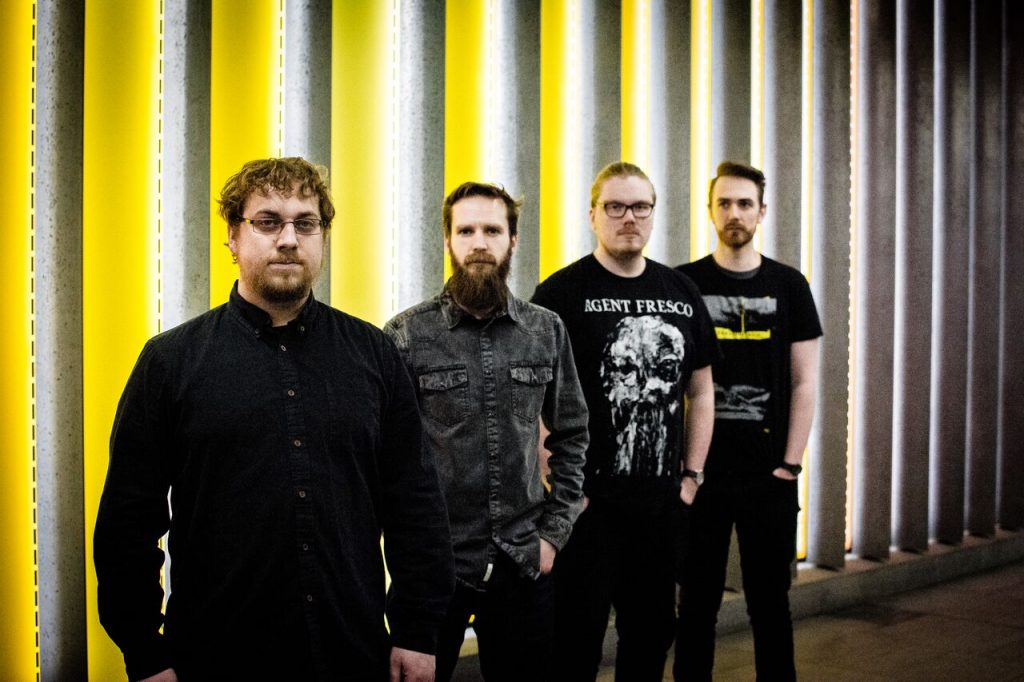 ONLY ECHOES REMAIN SHARE NEW TRACK ‘OF STONE AND STARS’
Only Echoes Remain are a London-based 4-piece that blend the classic ‘wall of guitar’ sound of This Will Destroy You with post-metal elements a la Russian Circles/If These Trees Could Talk, the atmospheric prog-y math of Karnivool with the emotions of Sigur Ros or Yndi Halda.
The band are set to release their debut album ’The Exigent’ on 16th June. Recorded at the Abbey Road Institute, ‘Of Stone and Stars’ is the second track that the band have shared from the record. The band comment:
‘‘Of Stone and Stars is the final song on the album, and where many of the previous tracks are fraught with danger, loneliness and loss, this last song suggests a degree of hope. Here big guitar riffs and high-energy sections, punctuated by moments of delicate reflection, tell the story of one lone explorer’s battle for survival. While he may well succeed in the short term, ultimately he finds himself stranded on a strange and unfamiliar world – how long can he really last?’
The Exigent’ is very much a concept record with a full narrative running throughout. The band add ‘being a concept album, ‘The Exigent’ follows a cohesive narrative throughout, telling a story both physical and deeply emotional.’
Within their first year of forming Only Echoes Remain have already had the pleasure of sharing the stage with the Her Name is Calla, Totorro, Vasa, Poly-Math, Toska, Dialects, A-Sun Amissa and Waking Aida, to name but a few. UK tour dates will be announced soon but the band have confirmed they’ll be performing in London on Friday 23rd June at Brewhouse.
Pre-order ‘The Exigent’ – https://onlyechoesremain.bandcamp.com/
‘falling somewhere between the glacial post-rock of Sigur Ros and Karnivool style prog’ – Clash Music
Facebook: www.facebook.com/onlyechoesremain

Enthusiasm: A Migration Story Spanning Merthyr Tydfil and Ukraine; The 1860s To The Present Day- A One Day Arts Event Uniting Musicians, Members Of The Community, Archivists + Historians | July 1st 2017