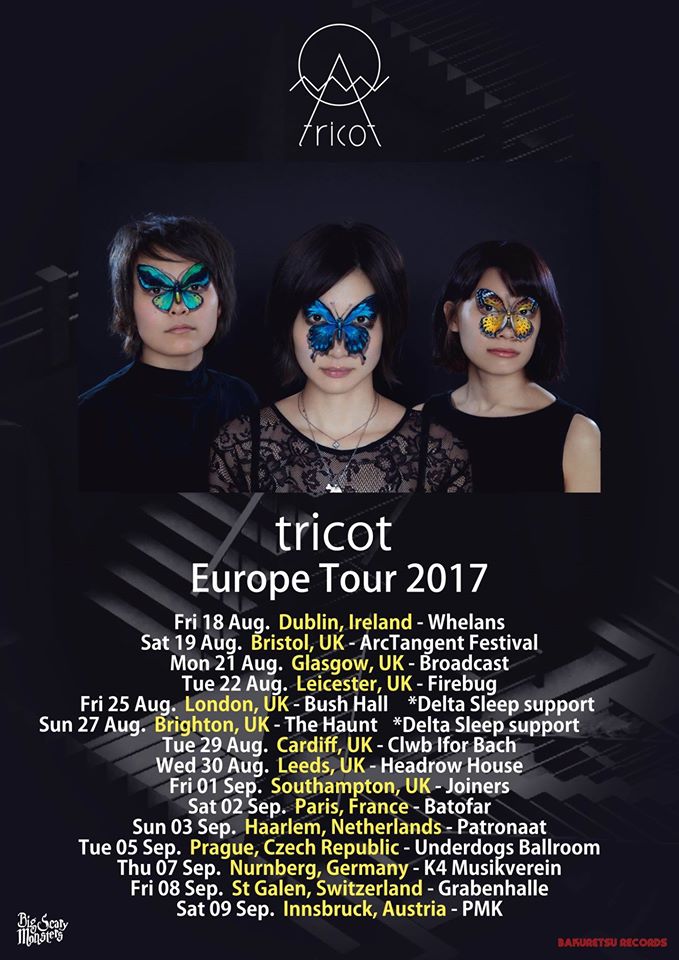 The song is the official soundtrack for the brand new  Amazon Prime series Tokyo Vampire Hotel which is released on June 16th 2017, and the latest to be taken from their new album 3 out now on Big Scary Monsters (UK), Topshelf Records (US) and Bakuretsu Records (JP).

The new video was directed by Mani Kato, who also directed ‘Melon Soda’, and was a deliberate step in a new direction, as the band explain: “We made a rhythmic, CGI-style video for ‘DeDeDe’ and a video shot in reverse for ‘Melon Soda’, but we wanted to focus on our live performance this time, so we eliminated all of the gimmicks and just played.”

Created by Sion Sono, the provocative Japanese auteur responsible for such controversial, must-see films as “Love Exposure” and “Tokyo Tribe”, the show will consist of nine episodes, all of which will be available to stream on Amazon Prime Japan beginning June 16, with a worldwide release TBC.

Telling the tried-and-tested story of humanity fighting for its very survival against the mythical bloodsuckers, Sono commented on the news in an official statement: “I had wanted to make an original vampire movie for a long time,” he said. “I approached it as if making a movie. I am proud to say we’ve produced something that has never been done before either as TV drama or feature film.”

The band will appear at ArcTanGent Festival 2017 and have announced a run of UK tour dates as part of a full European tour later this year.

Singing in their native Japanese and utilising unpredictable song transitions, melodic post-rock-inspired sounds and jazz-influenced instrumental breaks, they’re an enticing prospect for avant-garde music fans and are renowned for their vibrant and intense live performances.