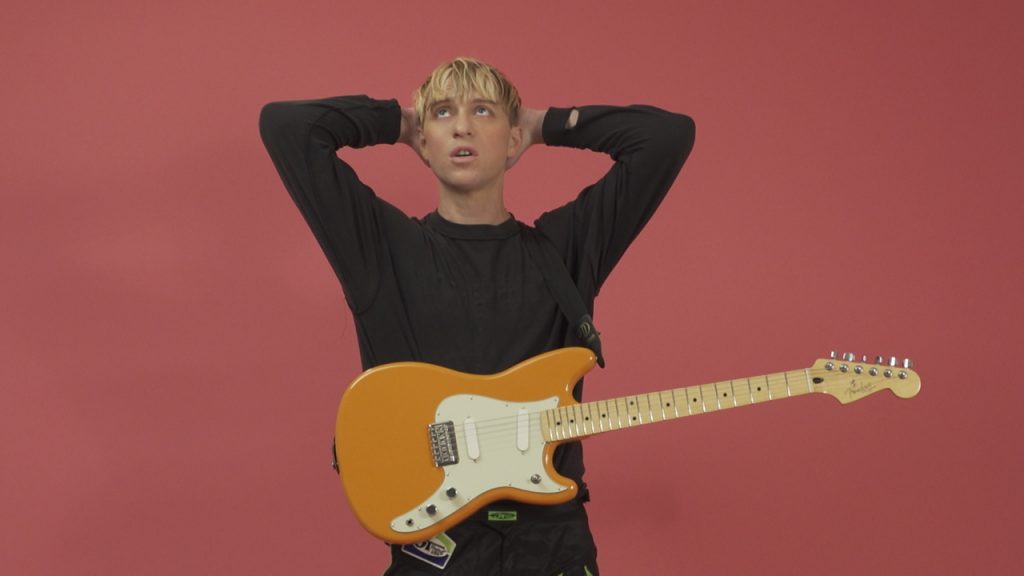 “Head Of The Horse” is the new single taken from The Drums anticipated fourth album ‘Abysmal Thoughts’ which will be released on June 16th via Anti-. The record has already received early praise from the likes of Pitchfork, Stereogum and Billboard who say it’s “absolutely irresistible.”

The third single off the new album is an utterly disarming track that beautifully captures frontman Jonny Pierce’s ability to tackle some of the most dark and complex narratives of his life with grace, all the while remaining true to his indie-pop sensibility. As Pierce explains further below, “Head of the Horse” is about how growing up living with his parents – two anti-gay Pentecostal preachers – still impacts him today as an openly gay man.

The Drums’ frontman Jonny Pierce on the new song:

“I grew up in a poor and dirty town called Horseheads, NY. I am the son of two Pentecostal preachers who have always been outspokenly anti-gay and this made for a childhood that was riddled with self doubt, confusion and a lot of self-hate. I remember being anxious all the time and turning to music as an escape. Music brought me to New York City, where I live now as an adult. But I am coming to find out that being an adult doesn’t mean much at all. We are all just kids in bigger, older bodies. We all still know very little about the world and even less about ourselves. I find that the past still dominates a lot of my daily experiences – sometimes to the point of feeling paralyzed. The goal is to heal, and I think I am – but at a much slower pace than I am comfortable with.”

The Drums will take “Abysmal Thoughts” on the road starting in July,  with UK dates in October . See below to find a show near you, and get your tickets HERE.

—
With The Drums’ new record, band founder Jonny Pierce is making the exact album he’s always held in his heart. Of course, this is The Drums, so that heart is broken—but there’s beauty and even bliss in this kind of heartbreak. “I said I wanted to let life happen?” he says. “Well, the universe listened and life began to fuck me real good! But honestly, I make the worst art when I’m comfortable. The stuff that resonates with me the longest—and that resonates with others—is always the stuff that comes out of my misery.”

Now the highs are higher than ever, and the lows absolutely bottomless. The Drums are back, and while there’s a heavy sadness here, Pierce is stronger for fighting through it. “Happiness can be confusing to me,” says Pierce. “It shows up out of nowhere, and before you can even get used to it, it’s vanished. But “Abysmal Thoughts?” I can rely on them—and with the political chaos that is raining down, who knows when these dark feelings will subside?”

Watch the music video for the first single “Blood Under My Belt” HERE and pre-order/stream “Abysmal Thoughts” HERE.