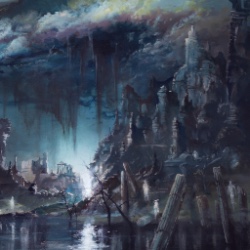 Following on from its premiere on Decibel Magazine last week, stream and share the new video for ‘Into The Smoke’ HERE

Hailing from Austin, TX, harbingers of doom Destroyer of Light are no idlers. Within a year of forming in 2012 and with little mind to wait around, the heavy-as-hell/louder-than-war quartet released their self-titled EP themselves and in doing so kick started what would became an ongoing DIY endeavor driven by huge riffs, hallowed tales and endless road journeys.

No matter which rock you look under there’s no hiding the fact that the band is heavily indebted to the darker side of stoner metal and everything that goes along with it. Bathed in an aural haze and ominous song craft, Destroyer of Light’s music is unmistakably one of grim theatricality and crushing heavy metal dirges. Influences such as Electric Wizard, Mercyful Fate, EYEHATEGOD and Autopsy serve as striking counterpoints to the literary and filmic references they dig up in Wiccan-stalked forests and horror anthologies. Following up on their debut in 2014 with their second release Bizarre Tales Vol. 2, if anyone just so happened to be in any doubt, death and destruction is very much the order of service and confessional sermons are delivered in a constant sea of feedback and percussive right hooks.

This July however Destroyer of Light are primed to unearth their latest album, a haunting and humid foray into the realms of doom rock, aptly titled Chamber of Horrors. Dragging their music into a cavernous basement to experiment freely with underground sounds, listeners are treated to a ritual ear beating and a memorable trip into psychedelic realms unknown.

Chamber of Horrors by Destroyer of Light will be released on 14th July on Heavy Friends Records. Following on from its premiere on Decibel Magazine last week, stream and share the new video for ‘Into The Smoke’ HERE 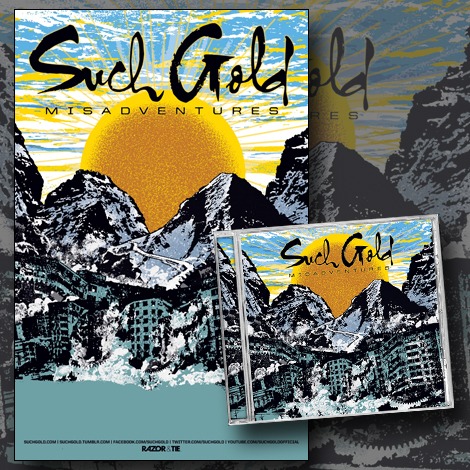