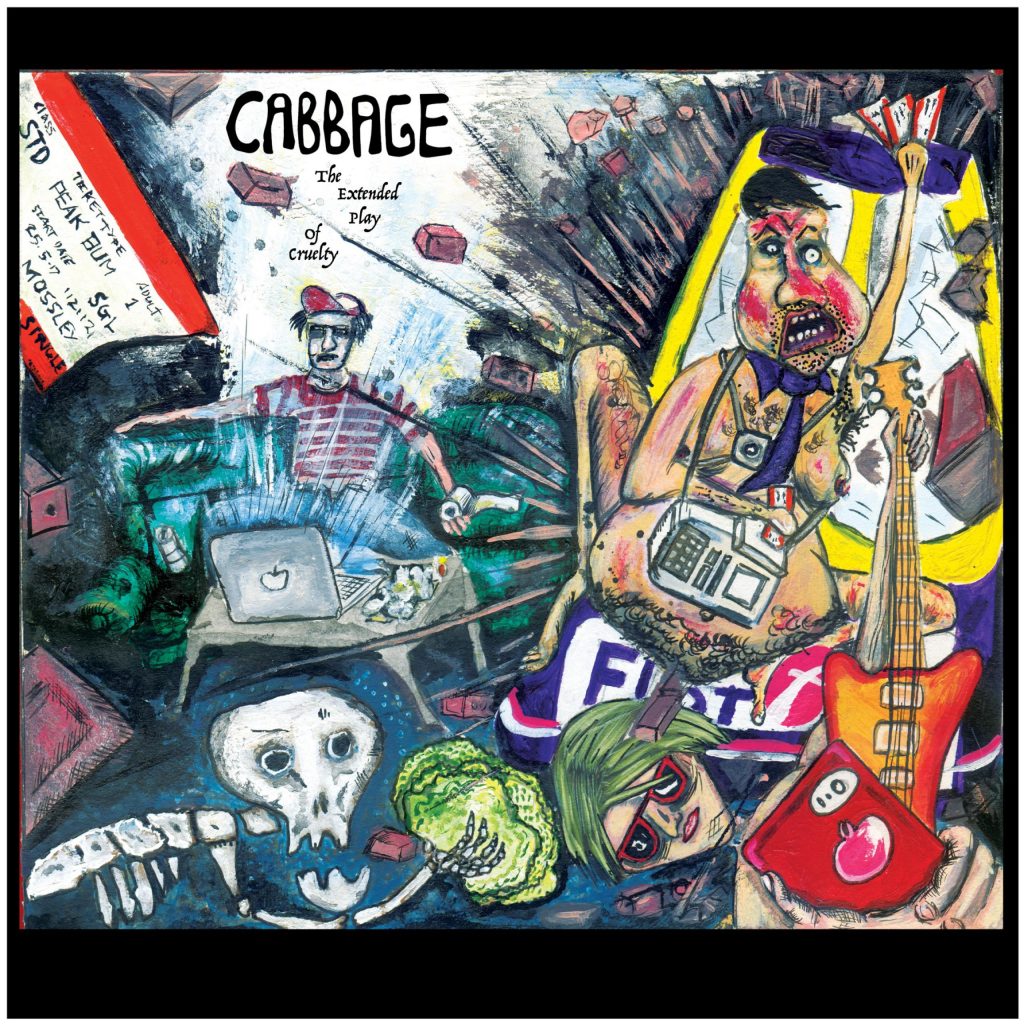 Cabbage have announced details of their forthcoming EP ‘The Extended Play Of Cruelty’, to be released on August 25th on CD, Cassette and 10 inch vinyl, and available as a digital EP from July 21st. Produced by James Skelly and Richard Turvey at Liverpool’s Parr Street Studios, the five-track EP is the Manchester band’s first release since signing to new label Infectious Music (Alt-J, Drenge, DMA’s).

“The Extended Play Of Cruelty is our revisited conquest to our pop psychological platitudes,” say Cabbage of the EP. “The deceit of man tests all in a moment of clarity and we deliver our position in a long search for Utopia. Our blend of fervent distain is focused on local frustrations, whilst celebrating those who shall rise through the ashes.”

Listen to lead track ‘Celebration Of A Disease’ here https://cabbage.lnk.to/TEPOCPR

The track was inspired by an essay on pornography by veteran Throbbing Gristle and Chris & Cosey performance artist Cosey Fanni Tutti. “Cosey talked about porn in the 70s,” explains Cabbage’s Lee Broadbent. “You’d expect it to have been a nasty business then, but she said there was something artistic about it at that time. But she says it’s now pure capitalism, where everyone – especially the women – is treated badly, that there’s no artistic platform in it. Pornography now and lad culture put massive expectations on the relationship between men and women. It creates barriers between men and women, and sends out the message to men that it’s OK to be chauvinistic. It’s the celebration of a disease.”

Having sold out every headline date they have played this year, Cabbage recently announced details of a headline tour for September & October 2017. They will be supported by Doncaster’s The Blinders, Liverpool’s Queen Zee and The Sasstones, and Proletariat, from Cabbage’s hometown of Mossley, Greater Manchester.

Cabbage will headline The Scala next Thursday 29th June.