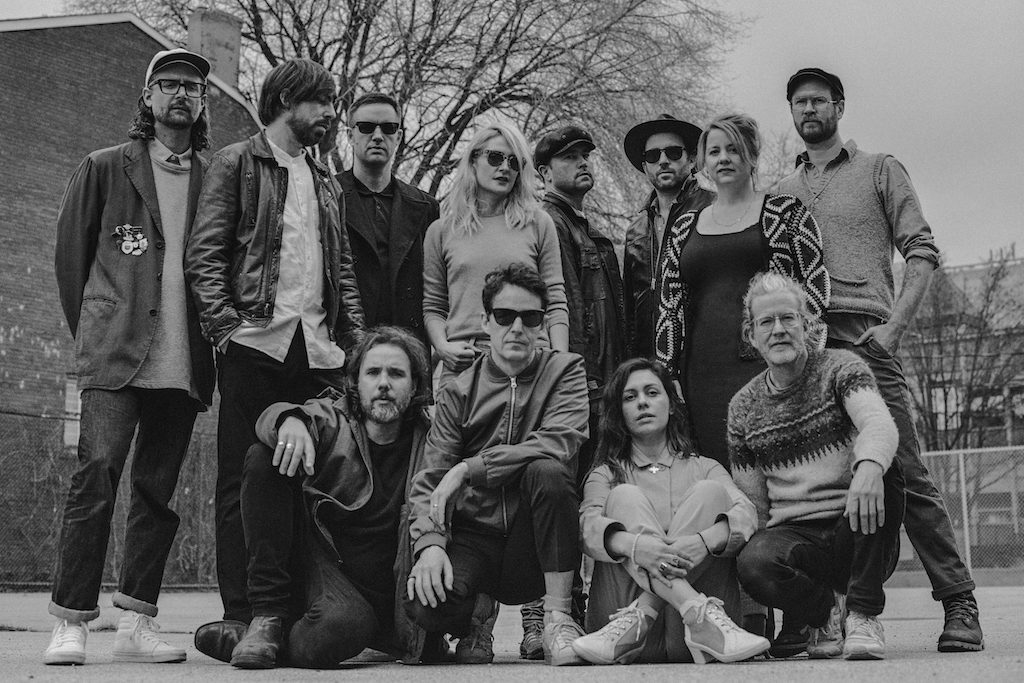 Toronto’s Broken Social Scene have today shared ‘Skyline,’ the third track released from their upcoming albumHug of Thunder, out on City Slang on July 7th, 2017. ‘Skyline‘ is available for purchase and streaming HERE. The track is released in advance of Broken Social Scene’s appearances at both Primavera Sound in Barcelona, Spain and headlining Field Trip in Toronto, ON this weekend.

Broken Social Scene have also unveiled the Broken Playlist App for Spotify.  With over 100 songs in their critically acclaimed catalogue, the Broken Playlist App creates dynamic, one-of-a-kind playlists of Broken Social Scene songs for whatever mood you want – from make out music to beach days to road trip anthems and more. Click HERE to check out the app.

Produced by Joe Chiccarelli and mixed by Shawn Everett, Hug Of Thunder is everything BSS fans love from the Canadian collective and then some, an album overflowing with glorious open chords, multi-voice harmonies, spacious psychedelia-tinted breakdowns, and more.  It is a panoramic, expansive album that manages to be both epic and intimate; and like all things BSS, in troubled times, it offers a serotonin rush of positivity.  Since their inception in the early Aughts, BSS have always pushed sonic boundaries while remaining reverent of a perfect chorus; almost twenty years down the line, Hug Of Thunder sharpens that balance.  The record’s twelve songs refract the band’s varying emotions, methods, and techniques in ways that not only reference their other albums, but surpass them.  Hug Of Thunder is righteous but warm, angry but loving, melodic but uncompromising.  And if you’ve ever fallen in love with Broken Social Scene – as many of us have – it is a perfect return that was truly worth the wait.

RACHEL SERMANNI SHARES ‘WHAT CAN I DO’ VIDEO

GODSPEED YOU! BLACK EMPEROR EMBARKING ON A CONSIDERABLE TOUR ACROSS EUROPE THIS AUTUMN