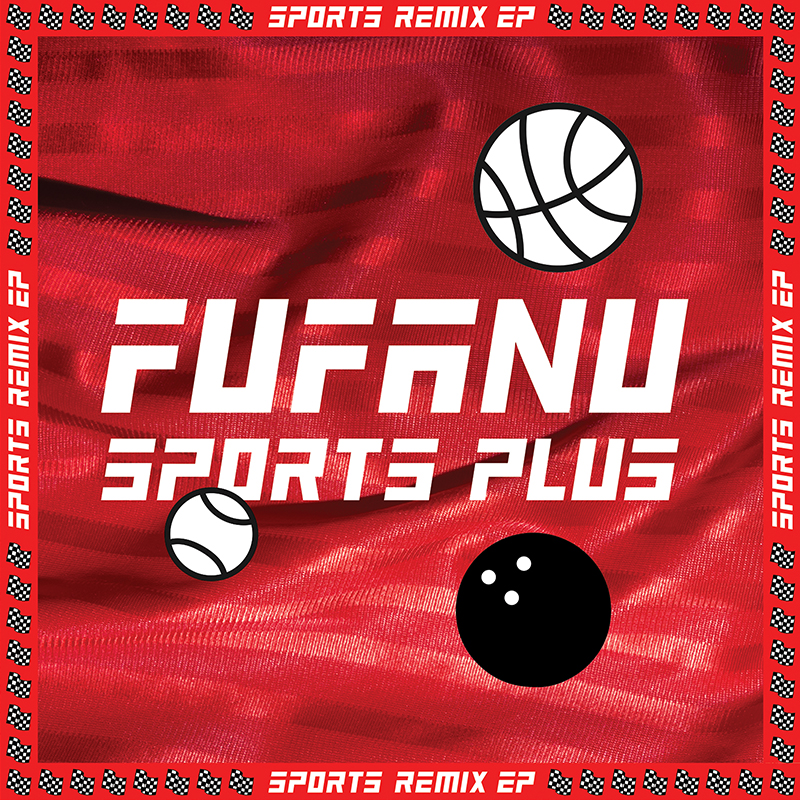 Widely lauded experimental-post-punk outfit Fufanu are set to release an EP of remixes of their most infectious single ‘Sports’. The track is taken from their most recent album of the same name, which was released to critical acclaim in February this year. The EP includes inventive remixes by both Fufanu themselves and established artists, including eccentric Berlin based artist Bonaparte.

Bonaparte’s creative remix is peppered with cut up snares and ’80s synthesisers, whilst the distinctive monotone vocals of Kaktus – lead singer of Fufanu – are scattered across layers of cut up sounds.

Bonaparte said: “I discovered Fufanu whilst on a trip through Iceland and after meeting in a Reykjavík pub I managed to smuggle the single tracks of their single ‘Sports’ past the security check onto the airplane. Back in Berlin I decided to redress it into a psychedelic slow-motion b-movie soundtrack – one foot in the past, one in the future and Fufanu in the middle.”

The album, which was released in February this year on One Little Indian Records, was produced in Iceland by Nick Zinner of the Yeah Yeah Yeahs. The record saw Fufanu return with a palpable sense of urgency and a fresh spin on their dark, new-wave-esq electronic-driven post-punk. Previously, the Reykjavik-based group operated as Captain Fufanu, making obscure techno music and bewildering audiences. However, lead singer Kaktus’ brief stint living in London and working with Damon Albarn on his seminal solo album ‘Everyday Robots’ moved the musicians to incorporate live instruments and expressive lyrics into his music. Fufanu was re-born – a band with a riotous and guitar-led sound that was oddly born out of electronic beginnings rather than the other way around, as is more common.

Launching the band at 2014’s Iceland Airwaves, in the space of just one week Fufanu became a hotly-tipped emerging band, made their UK live debut at the capital’s JaJaJa night and supported Damon Albarn at the Albert Hall – winning the approval of Brian Eno into the bargain.

2015 saw the band sign to One Little Indian, before going on to support The Vaccines on their sold out March / April tour in the UK – also slipping in a memorable two-night stand with Bo Ningen at Hoxton Bar & Grill. In June things once again dramatically shifted up a gear when the band supported Blur at Hyde Park.

Bonaparte is the brainchild of Swiss producer and songwriter Tobias Jundt – an eclectic wall of energy composed of romantic garage-punk guitars, mouldy analogue synthesizers, your grandma’s favorite drum-beat and a spread of secretive wordplay. Jundt emerged from the party-capital‘s underground club-culture in 2006 and developed into a wild rock’n’roll-trash-punk-troupe de force touring extensively around the globe performing over 500 shows at festivals worldwide, such as Rock Am Ring, Hurricane/Southside, Dour, SXSW, Sziget, Melt, Montreux, Exit, St. Gallen and Roskilde.