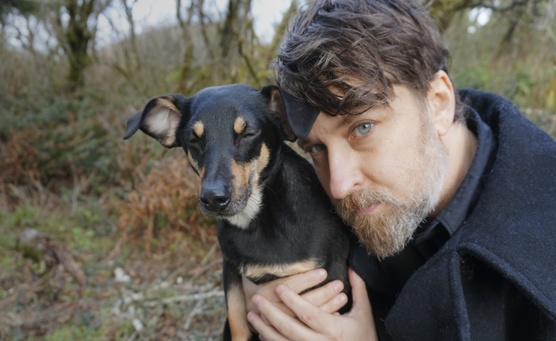 SIX ORGANS OF ADMITTANCE ANNOUNCE EUROPEAN SPRING/SUMMER TOUR
The threshold continues to smolder as Six Organs of Admittance keep the flame. Burning the Threshold, released in February, sees Ben Chasny’s cyclical resurgence of acoustic guitar love. The Burning The Threshold tour is preparing to leap continents, as Six Organs of Admittance announce its European spring and summer tour. Solo acoustic guitar from a bona fide wizard of the six string, the shows are as follows…
TOUR DATES
5 JUNE – NL, UTRECHT – LE GUESS WHO @ CULTURAL SUNDAY
6 JUNE – NL, HAARLEM – PATRONAAT
7 JUNE – NL, TILBURG – SOUNDS (RECORD STORE)
8 JUNE – BE, BRUSSELS – BOTANIQUE – WITLOOF BAR
9 JUNE – FR, LILLE – CENTRE CULTUREL DE LESQUIN
10 JUNE – FR, PARIS – TBC
11 JUNE – UK, BRIGHTON – KOMEDIA
14 JUNE – UK, NEWCASTLE – THE CLUNY
15 JUNE – UK, LEEDS – BRUDENELL SOCIAL CLUB
16 JUNE – UK, EDINBURGH – SUMMERHALL
21 JUNE – UK, LONDON – MOTH CLUB
Chasny is currently holed up in a Cleveland, OH castle scoring music for Things As They Are, David Todd’s play about Wallace Stevens (a Six O inspiration), which runs this month at the Reinberger Auditorum. Immediately following is when 6OOA propels towards across the Atlantic – everyone in the UK, Netherlands, France and Belgium, prepare to embrace Six Organs with open arms, like the comet that will surely save us all.
Additionally, on a recent trip to London for the exclusive release show for Burning The Threshold, Chasny took his acoustic guitar on a little detour over to Maida Vale Studios for an improvised recording session for BBC Radio 3’s  Late Junction Session, with sitar player Baluji Shrivastav and drummer Steve Noble. The whole thing was recorded and mixed in one day, and it’s supremely beautiful. You can listen back to that recording for another two weeks at this link.
Finally, enjoy the first music video and third single from Burning The Threshold, “Adoration Song” which enervates and elevates ones mind with images of the raw majesty of nature and haunting reminders of the unknowable. Directed by Elisa Ambrogio, the sun hangs over the moss and lichen, the cliffs and sandy shores of wintery northern California. Ben’s melody and lyrics work as layers with the sharp focus and gauzy allegorical bent of the video, which features Ben as elephant man, a remote wanderer fearful of the world around him, until he removes his sheath, obtains the third eye and rises up, to become a part of the natural world, moving forward with two sets of footprints in the sand behind him.
Six Organs of Admittance Online:
Drag City- http://www.dragcity.com/artists/six-organs-of-admittance
Order-http://www.dragcity.com/products/burning-the-threshold
iTunes-http://geni.us/SOOABurningiTunes
Amazon-http://geni.us/SOOABurningAmazon