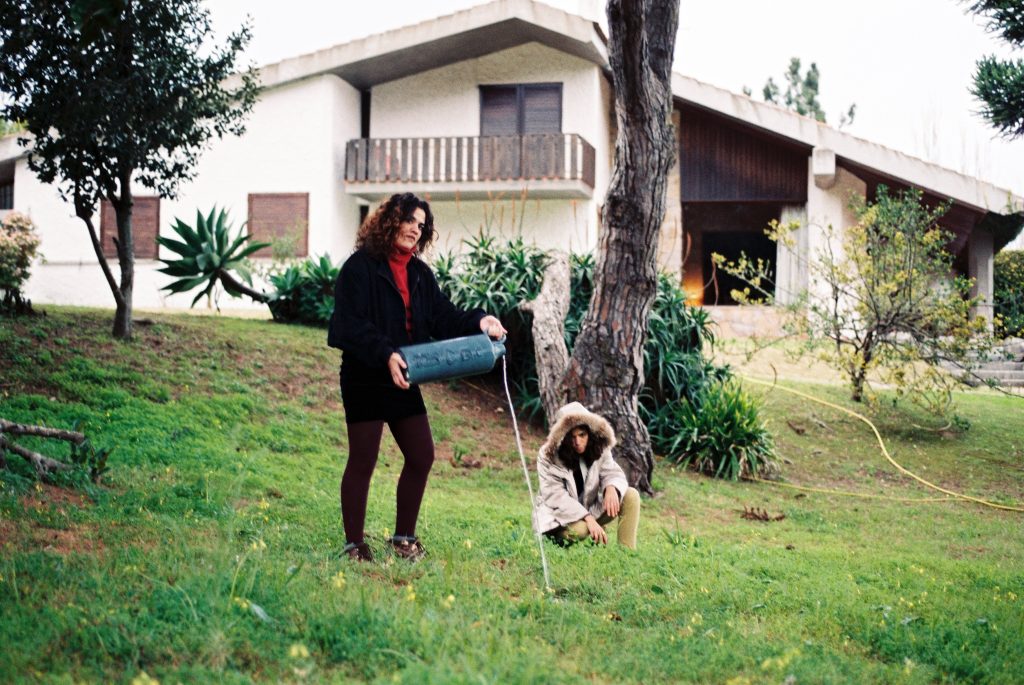 Following international acclaim for their last album ‘Alfarroba’, Portuguese dream-punk sisters Pega Monstro return with their third album entitled ‘Casa de Cima’, which translates as ‘Upper House’. The album shares its name with the Villa in which the album was recorded, nestled amongst the pine-scattered terrain of the Sintra mountains.

Today, the band have shared second single, ‘Cachupa’. They say of the song: “Cachupa is a Cape Verdian traditional stew with the main ingredients being corn, beans and more beans. There are romances as tough to digest as this dish. The song ennounces as a 3-act-opera-like ballad, swinging through angst, sorrow and reaching resolution in the last act when a poem by Fernando Pessoa is sung.” Listen below…

Pega Monstro are sisters Julia Reis (drums) and Maria Reis (guitar), both sing. They share the same birthday but are not twins and have always lived in Lisbon, Portugal.

Having played music together in other groups since their mid-teens, Maria and Julia, resolved to become a duo in 2010 focussing on their intuitive sense of harmony and expressionistic dream-punk sound. Pega Monstro released their self-titled debut album on their own Cafetra imprint in 2012, with national critical acclaim meeting the raucous garage-rock inflected record. Whilst, 2015 saw Pega Monstro team up with UK label Upset The Rhythm for their impressive and more sonically developed ‘Alfarroba’ album that led to international attention.

New album ‘Casa de Cima’ was recorded through September 2016 by Leonardo Bindilatti, who also produced their last record. The album opens with ‘Ó Miguel’ its first line translating as “I changed the strings on my guitar”. Like the first line of a spell, the words entreat you to hear how much Pega Monstro have grown in confidence and vision, they are trying something new. There is no rush, only effortless intent, they sound compelling and assured and let the song unfold in its own leisure. The stunning ‘Partir a Loiça’ follows with its stammering rhythms and soaring, swirling vocals. The song’s title, literally ‘break all the dishes’, is a saying in Portugal meaning to shake things up and exceed expectations, a worthy title indeed.

Much like the mysterious water jug on the cover of the album, burnished with unknowable symbols suggesting art-deco hieroglyphs, Pega Monstro constantly reach for something beyond plain comprehension, stretching songs to their limits before collapsing them back into new, more interesting forms. The Portuguese poet and writer Fernando Pessoa had a similar mutable approach to his work, inventing over seventy different pen names, called heteronyms, to act as conduits for the limits of his imaginative writing. Pega Monstro recite one of Pessoa’s poems called ‘O moinho de café’ during the third act of their epic yet romantic track ‘Cachupa’. Having their home city of Lisbon in common, Pega Monstro untether Pessoa’s words from the city’s fixated tourist treatment and let them breathe back their soul. The band’s approach to song has always been both refreshing and eloquent and ‘Cachupa’ is a good example of how natural and spontaneous Pega Monstro can sound.

The second half of the album starts over with the enthusiastic track ‘Pouca-Terra’, all racing chords and clouds of cymbal, building to a beautiful textural density and ecstatic finale. The studio dynamics have also kept up with Pega Monstro’s evolving compositions, pushing songs like this further into the group’s own unique atmosphere. Pega Monstro nurture their songs, letting them follow tangents, take risks, fall over even if it means they sound more alive. There’s a sense of sisterly oneness and provision apparent in their music allowing Pega Monstro to sound instinctual yet awash with ideas. ‘Fado da Estrela D’Ouro’ and ‘Sensação’ are decidedly delicate in manner, drawing on themes of equal restlessness and wistfulness. ‘Sensação’ even concludes with the sisters singing the traditional Portuguese folk air “At the door of the holy souls, God knocks every hour”. Their songs are given the space to grow on their own terms.

Finally, ‘Odemira’ draws ‘Casa de Cima’ to a close in triumphant style. Drums and guitar chase each other feverishly, galloping ever faster before breaking into calmer clearings of hushed vocal reverie and serene falsetto. It’s in this last song that we find, not only the conclusion – the record’s sense of being whole – but also the most emotional side of Pega Monstro. This album was written and recorded with the strong presence felt of the band’s family, along with a certain freedom that can only be attained by the unconditional and critical support of all their loved ones. ‘Casa de Cima’ has its eyes firmly set on the heavens and is courageous enough to climb mountains to get closer to them.
Live:
September 22-23 – UK, LIVERPOOL PSYCH FEST

“It doesn’t matter if you understand their native tongue, because it is still 10/10 awesome.” – Upset Magazine 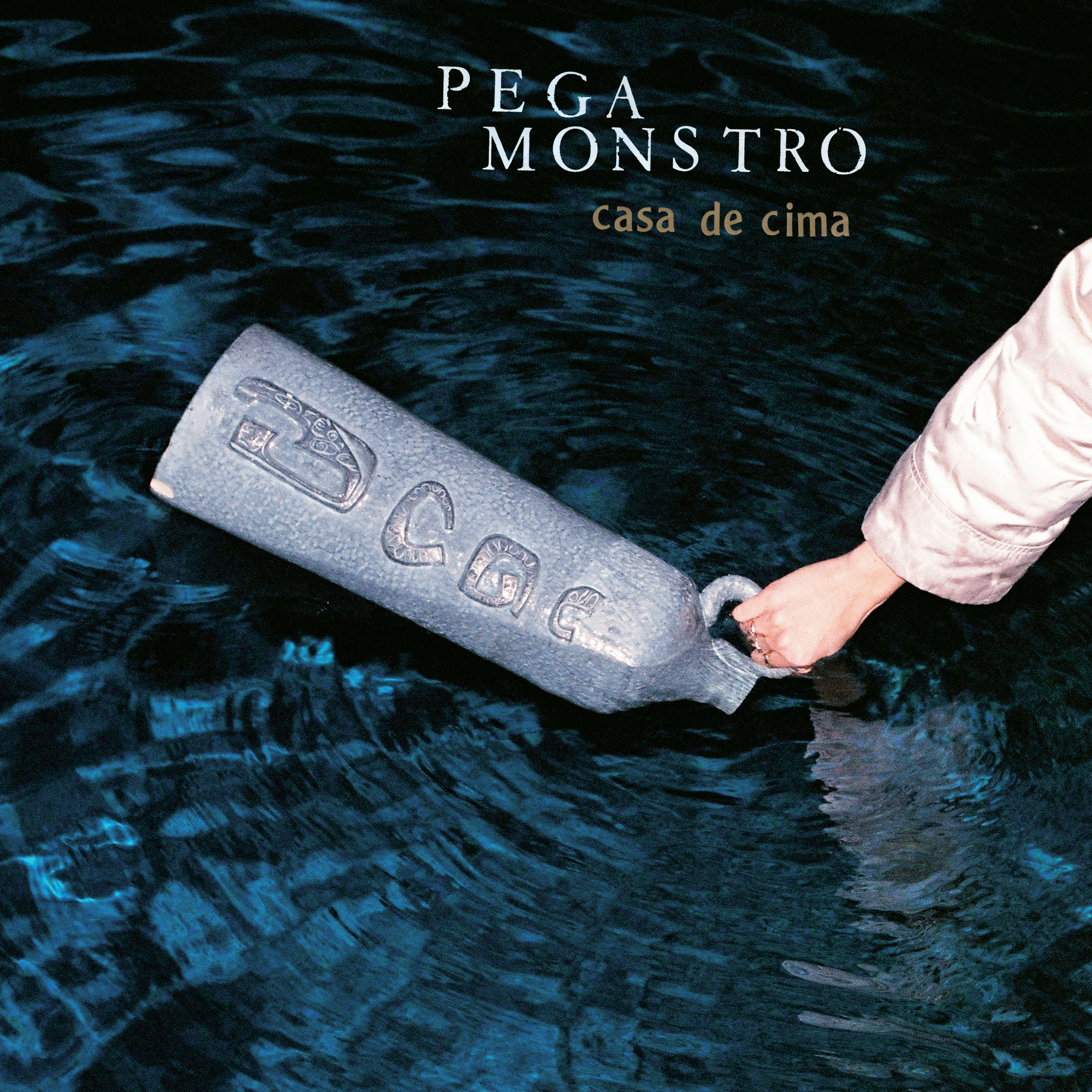