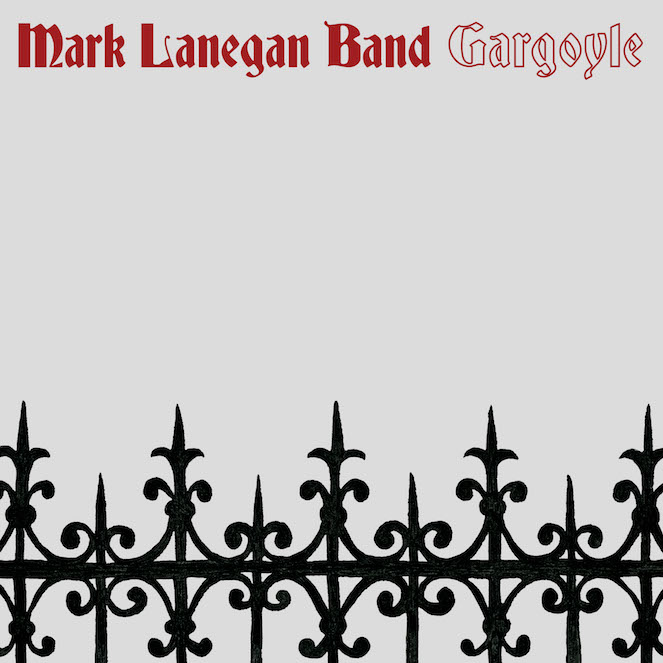 Best known as the singer of the underrated Screaming Trees (a band that is often unfairly overlooked when it comes to talking about the main players of the grunge explosion of the early 1990s) and his work with Queens Of The Stone Age (whose leader Josh Homme appears on this album alongside other Lanegan collaborators Greg Dulli  from Afghan Whigs and Duke Garwood.  Lanegan has also had a long and storied career as a solo artist with Gargoyle being his tenth solo album as well as working with artists such as Isabel Campbell, Martina Topley Bird, Soulsavers and Unkle over the years. There are elements of all his musical elements throughout the years on Gargoyle and that’s what makes it such a special listen.

Deaths Head Tattoo kicks the album off and Lanegan’s deep voice still resonates as one of rocks finest and this passionate but lo-fi track complete with skittering beats is the prefect way for the album to start. The slightly more upbeat Nocturne follows with some top notch use of the bass guitar and when that voice appears again it elevates the track to the next level and Blue Blue Sea is more upbeat still with an added catchiness meaning the song will be stuck in your head for days, this is a greatly chilled out song with an uplifting nature and is perfect for this album, as is Beehive which again has a more lo-fi approach to it but Lanegan’s vocals add a transcendent nature to the tracks feel.

The mournful Sister is up next and is without a doubt the albums centerpiece, a beautiful but haunting ballad, it is wonderfully constructed and executed and has a definite funereal feel about it with Mark’s vocals and use of an organ adding to that haunting nature. How such a daunting song is followed up is nothing short of musical genius with perhaps the best song on the album adding a perfect counterbalance to the fragility of what has preceded it. Emperor is a triumphant song that will life your spirits, and is the rowdy wake to Sisters haunting funeral and is a joy to listen to.

Goodbye To Beauty is a sublime track and as the songs title suggests is a song touched with fragility but with Lanegan’s voice in commands ends up containing a definite sense of power and fits in perfectly while Drunk On Destruction echoes the singers work with Unkle in the best possible way.

The album ends brilliantly with the hazy First Day Of Winter and the anthemic Old Swan and you can’t help but feel a twinge of sadness that it’s all over but that’s what the play button is for, and you won’t hesitate to press it and listen to the whole joyful experience again.

Gargoyle is the album Mark Lanegan‘s has been readying himself for his whole career and sees him executing a collection of brilliant songs in which his voice is the main focus, a voice that seems to get better with age, so put on Gargoyle, sit back and let Mark Lanegan enthral you with this superb album.

Gargoyle is out now on Heavenly Recordings