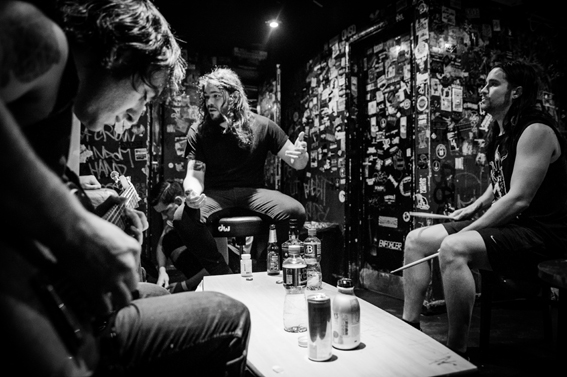 “a joy to behold on just about every level.”  – Rocksound

“…these guys have taken their energetic sound to a whole new level, and I can’t stop pressing play.” – Ghost Cult Magazine

“We wanted to write a Mr. Big-style arena rock ballad,” Mutoid Man bassist Nick Cageo says of “Bandages.” And indeed, the big open chords and wounded lyrics will surely have audiences pulling their lighters out of their pockets, but Wolfe’s siren vocals and Chisolm’s electronic pulses give the song an apocalyptic weight never attained by the darlings of the Sunset Strip.

n War Moans, Mutoid Man (which also features Steve Brodsky on guitar and Ben Koller on drums) bask in their love of frantic, ferocious, no-frills rock’n’roll – no riff deemed too extreme, no drum pattern considered too absurd.  And since their inception, Mutoid Man’s live shows have been exercises in showmanship; the band’s stage one-upmanship carries over to their songcraft, yielding an album of ridiculously savage hooks and next-level dexterity.
For the album, Mutoid Man recruited friends from all over the musical spectrum to join them; “Irons in the Fire” finds Cave In compatriot Adam McGrath lending guitar heft to a megalith anthem,”Melt Your Mind” instantly recalls The Big Four, with thrash icon Marty Friedman further cementing the vibe by lending a blazing guitar solo, and grim folk luminary Chelsea Wolfe and her longtime collaborator Ben Chisholm lend vocals and auxiliary instrumentation to the goth-inflected “Wreck and Survive”, as well as the album’s harrowing closing track, “Bandages.”
War Moans is available for pre-order now via  HelloMerch and iTunes. 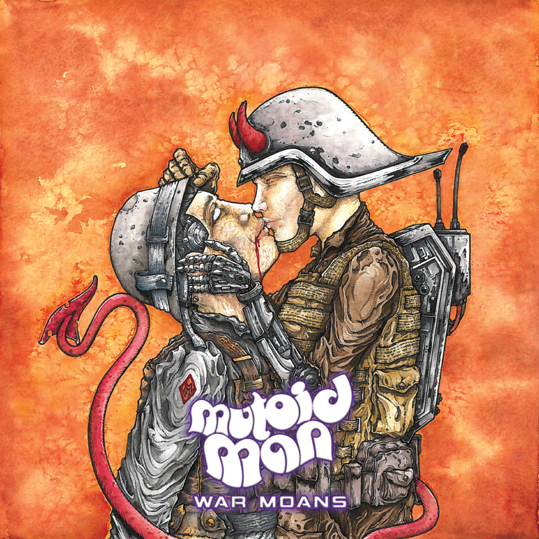