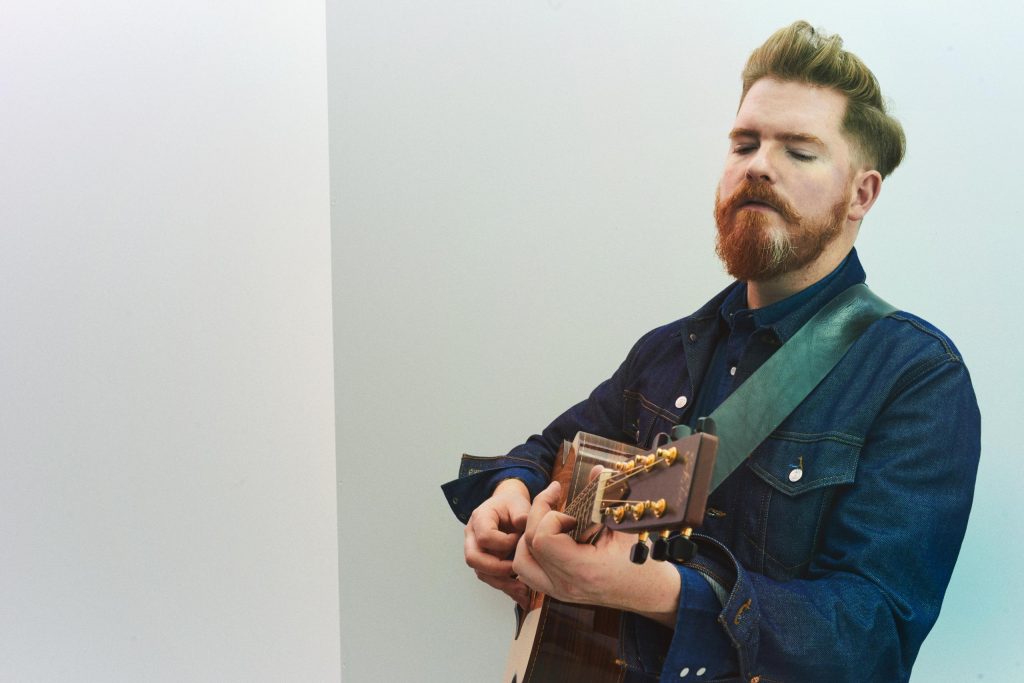 John Smith  New Album – Headlong
Revised Release Date – June 30 2017
New Single – ‘Headlong’ – May 19 2017
Watch Here:
https://youtu.be/_RyfkxNF0Qw
It’s rare these days to find an audience so wrapped up in a performance as this one
Union Chapel, April 2017 ***** The Independent
John Smith has captured something special Acoustic

Acclaimed guitarist and singer-songwriter John Smith has confirmed that his new album Headlong will now be released on the later date of June 30 2017, through BARP Records. Produced by Sam Lakeman, mixed by Ruadhri Cushnan (Mumford & Sons, Flo Morrissey, The Maccabees) and featuring Cara Dillon on BVs, Headlongis dedicated to the memory of John Renbourn and follows Great Lakes, John’s widely-applauded and Radio 2-supported release of 2013. John is trailing news of the revised release date with a video for the album’s title track, which you can watch here https://youtu.be/_RyfkxNF0Qw. This follows the organic success of early advance track ‘Far Too Good’, which has now clocked over 300,000 streams online.

New single ‘Headlong’ arrives accompanied by a live video shot afloat on Switzerland’s vast Lake Brienz, which John captured in a rare lull during his current 24 date UK & Euro solo tour. Not by chance either is it that John’s fifth album comes bearing a title implying impulsive, breakneck motion – written as it was, across various touring stints playing guitar for the likes of Lianne La Havas and Lisa Hannigan (who fittingly lends a co-write to Headlong, on ‘Coming Home’) across the U.S. Having wound up his own successful 2 year stint touring Great Lakes round the UK & Europe (taking in sold-out shows at Union Chapel and The Purcell Rooms), in early 2016 John was finally afforded a chance to come off the road and settle in one place for a while. An opportunity which Smith soon elected to decline; “I felt like I had time on my hands, and I thought rather than go home and try to write where it just didn’t feel natural, I wanted to keep on touring. It felt right”.

Subsequently recorded in Sam Lakeman’s Somerset studios in just over a week, Headlong is marked by the loss of Smith’s close friend, Pentangle’s John Renbourn, who passed away whilst Smith was out on tour. Says John; “He was so much more to me than someone I’d played with, and who had encouraged me. He was a friend as well, so I wanted to reference him on this album- that’s why I’ve dedicated it to his memory”. Renbourn’s presence is particularly palpable in Smith’s equally sparing and striking electric guitar work- informed by a love for JJ Cale and Clapton – which weaves through Headlong, marking a break of sorts from the lush string orchestration that characterised Great Lakes.

Whilst John Smith has stood still just long enough to commit this new album to record, there’s yet little danger of moss gathering. With his solo tour coming to a close this month and several festival appearances booked for summer (including End Of The Road), Smith has also been tapped to play guitar on the forthcoming album from Joan Baez (with an appearance on the forthcoming Martin Simpson album also in the works), alongside his Great Lakes’ collaborator, Joe Henry.