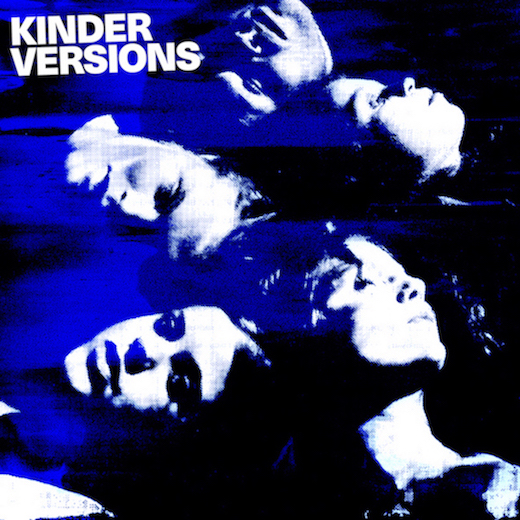 Icelandic bands often resemble a force of nature, and Mammút are no exception. What’s more, the quintet’s spectacular new album Kinder Versions, released 14th July on Bella Union, is exactly the kind of volcanic presence sorely lacking in 21st century rock. Likewise their unpredictable and uncategorisable shapeshifting sound, like a very modern twist on psychedelia. Mammút have shared a first track from the album, entitled ‘Breathe Into Me’, which is streaming HERE.
Mammút is Icelandic for ‘mammoth’ – the name that singer Katrína Mogensen, “plucked out of the air,” when she joined guitarists Alexandra Baldursdóttir and Arnar Pétursson, bassist Ása Dýradóttir and drummer Andri Bjartur Jakobsson for their stage debut, aged just 14. Katrína is the daughter of bassist Birgir Mogensen, a former bandmate of Björk back when they were young post-punk adventurers; a questing spririt that Mammút have also unconsciously adopted, though without ever really discussing what kind of music they play. “We’re so close as a band, we have no limits for each other, no boundaries, we just follow our gut instincts,” says Katrína.
It worked from the off; they quickly won the Músíktilraunir ‘battle of the bands’ and thereafter nominations and awards at the Icelandic Music Awards: their third album Komdu til Mín Svarta Systir won three of its eight nominations in 2014, including Album (Pop & Rock) and Song (Pop & Rock) for their epically slow-burning ‘Salt’. And with vocalist Katrína now singing in English, there’s a chance much more of the planet will discover what their homeland has known for a while.
Kinder Versions’ intense character is obvious from the get-go, with opening tracks ‘We Tried Love’ and the title track the album’s two longest, at over seven and six minuted respectively, embodying everything that is thrilling about Mammút’s ebbing and flowing dynamic. “With those lyrics and the soundscape, those songs had to be the introduction,” Katrína vouches. “And with the [the sparser, gentler] ‘Bye Bye’ following, it’s the most honest way into the album.”
Mammút’s shows at last November’s Icelandic Airwaves festival solicited rave reviews from The Arts Desk – “Hard-edged, rocky, circular songs with folky, spiritual melodies… Unreservedly fantastic” – and Rolling Stone, which referred to Katrína’s “icy, piercing vengeance” and the music’s “arena-worthy, shamanistic hard rock.”
Mammút will be one of three acts appearing on Bella Union’s mini-tour later this month, alongside their label-mates Pavo Pavo and Will Stratton, which marks the beginning of the label’s 20th Anniversary celebrations. They will also be appearing at Bella Union’s night at The Great Escape. Dates/info below:
Thursday 18th May – BRISTOL – The Lantern tickets
Saturday 20th May – BRIGHTON – Sallis Benny Theatre (The Great Escape) tickets
Monday 22nd May – LONDON – Oslo tickets
Tuesday 23rd May – LEEDS – Headrow House tickets
Kinder Versions will be released 14th July on Bella Union
Kinder Versions tracklisting:
1. We Tried Love
2. Kinder Versions
3. Bye Bye
4. The Moon Will Never Turn On Me
5. Breathe Into Me
6. Walls
7. What’s Your Secret?
8. Pray For Air
9. Sorrow