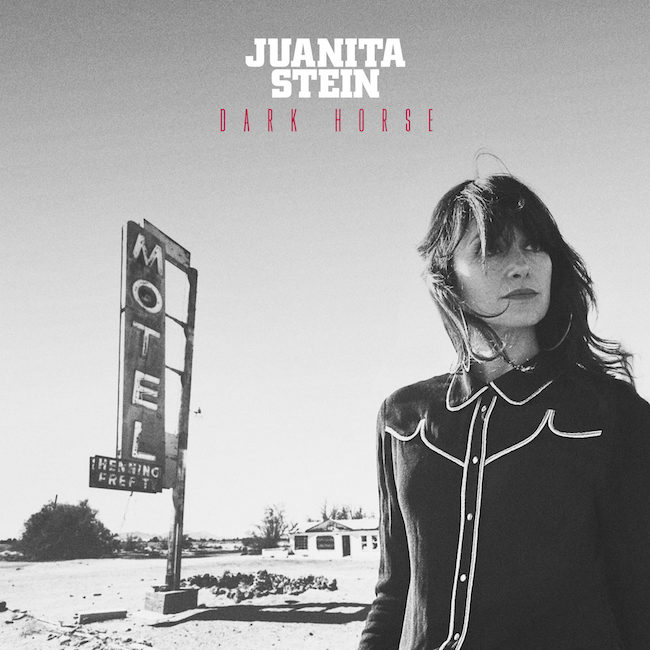 JUANITA STEIN
DEBUT SOLO ALBUM ‘AMERICA’ OUT ON 23 JULY 2017 ON NUDE RECORDS
WATCH VIDEO FOR FIRST SINGLE ‘DARK HORSE’, OUT NOW
Juanita Stein will release her debut solo album, ‘America’, on Nude Records on 28th July 2017.
Stein, who is already known as the singer-songwriter with Howling Bells, recorded the album with producer Gus Seyffert (Beck, Ryan Adams) in Los Angeles. Following recent tours with Michael Kiwanuka and Richard Hawley, Stein will follow a North American tour in May with UK dates over the summer including with Tom Petty in Hyde Park and at Cambridge Folk Festival.
The first single from the album, ‘Dark Horse’, is out now and comes accompanied by a Texan road movie filmed when Juanita was performing at SxSW festival earlier this year.
https://www.vevo.com/watch/GB7QY1700150
Says Stein of the album: “This record is an ode to the dark heart of America. Of times gone and times to come. Dusty trails, a whimsical 50s suburbia and the haze of the 1960s. I’ve forever idealised American life – growing up in Australia we were fed the American dream through film and television. The dichotomy between what was real and a dream is forever intriguing to me. The music of Roy Orbison, Dusty Springfield, Lee and Nancy and Patsy Cline all informed my musical sensibilities. They opened up this wide screen universe for me.”
An evocative and beautiful record, Stein’s honeyed voice weaves stories of heartbreak and optimism, the songs on the LP tell tales of characters real and imagined, Stein’s own experiences woven amongst them.
North American Tour Dates – May 2017
Wed 17th May – The Flycatcher, Tucson AZ
Thurs 18th May – Casbah, San Diego CA
Fri 19th May – Bootleg Theatre, Los Angeles CA
Sat 20th May – Bottom of The Hill, San Francisco CA
Mon 22nd May – The Fox Cabaret, Vancouver CA
Tues 23rd May – Mississippi Studios, Portand OR
Weds 24th May – Sunset Tavern, Seattle WA

Sun 9th July – British Summer Time with Tom Petty, and the Heartbreakers –  Hyde Park , London
Sun 23rd July – Deer Shed Festival, Yorkshire
Sat 29th July – Cambridge Folk Festival – Cheery Hinton Hall, Cambridge
Juanita Stein grew up in Sydney with her parents and twin brothers. Her first studio recording was aged five, singing on a song of her father’s, and Peter Stein in fact wrote one of the songs on the album, the country music-drenched Cold Comfort (read Juanita talking about Peter on the brilliant My Old Man blog here).
Stein formed Howling Bells with her brother, Joel, and friends when they moved to London together in 2004. Four acclaimed albums followed, along with headline tours and festival shows around the world, and huge support dates including several US tours with Coldplay and The Killers. A break from Howling Bells around the arrival of her first child saw the first shoots of her solo work start to emerge, and now we find ourselves here. America, an unpredictable place, forever bound up in a uniquely widescreen hope and romance.
America is released on Nude Records on 28th July, and will be available on Digital, CD (NudeCD24) and Vinyl (NudeLP24).
Dark Horse (Nuds79) is available to stream from 2nd May.
www.juanitastein.com
www.facebook.com/msjuanitastein