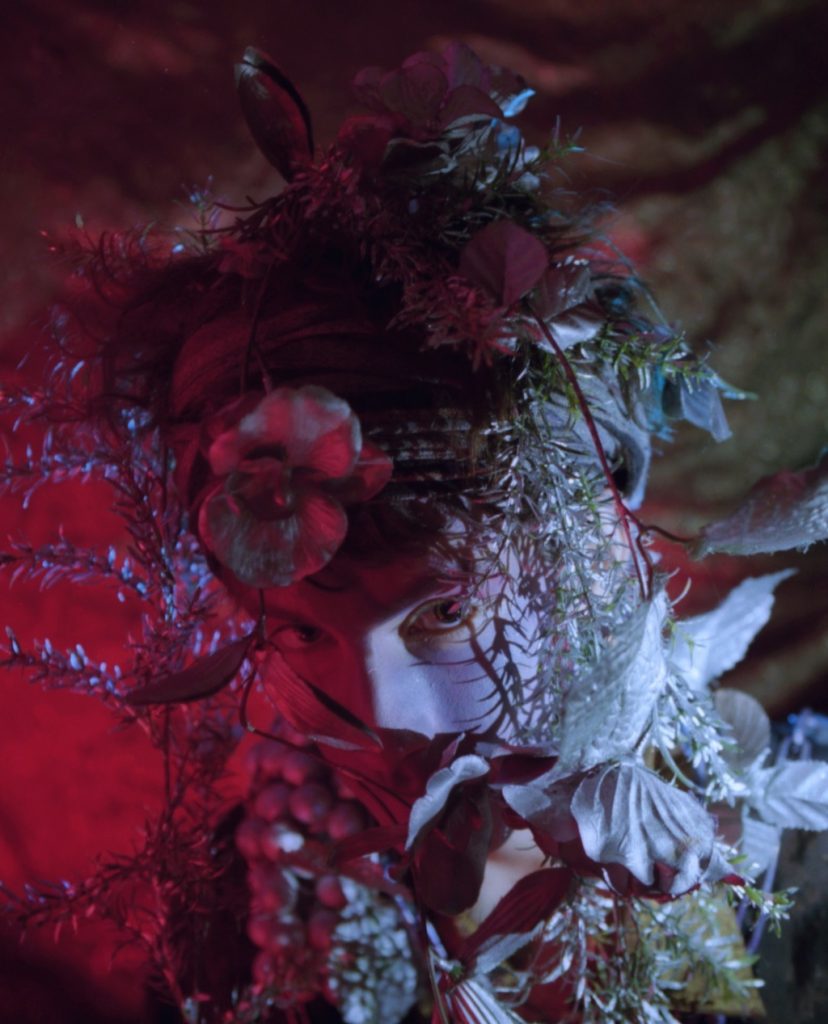 Montreal’s Doldrums shared the music video for ‘Heater,’ a new single from the forthcoming album, Esc, out June 30th. Doldrums’ Airick Asher Woodhead said “‘Heater” is our TV debut, with me, Petra Glynt and CCB ripping it up on a set inspired by sketchy late night talk shows – Esc TV. We shot the video at the Torn Curtain in a night of guru-fueled mayhem. More soon, stay tuned xo _errhead.”

Mixed by Matthew Otto (Majical Cloudz), Esc is Doldrums’ third full length LP. Tracklist and artwork below. The first single ‘Runnerup‘ from the album is out now on SoundCloud alongside a video. Esc is available for pre-order on CD and limited edition vinyl here: https://doldrums.bandcamp.com/album/e-s-c

In 2016, Airick Asher Woodhead changed pace after a busy year touring on his previous record The Air Conditioned Nightmare (2015, Sub Pop), “Travelling all the time was, for me, a totally unsustainable lifestyle. This was the first time I stayed in one place for a while and got to hang out with the people I love.”

Heels were dug in, and the freeform wanderlust that inspired his previous albums was traded in for more stable coordinates at Asher’s studio at the Torn Curtain in Montréal which “used to be a D.I.Y. venue and is now more of a functional studio space,” and is shared with similarly experimental-minded artists She-Devils and Devon Welsh.

Sonically, Asher says the album is informed by “Migraines. Privacy. The sound of the Montréal winter,” which he describes as a “clean and metallic feeling; like a screw that’s been stripped.” Final tracks were edited and mixed a few blocks away at Matthew Otto’s studio, with his “crazy tape machine.”

What emerged from the process is Esc, a diabolically focused melodrama. Electro, Industrial, Club, Drone — Esc nods towards many genres and listening environments, but it stands out for Asher’s singular ability to propel a well-crafted pop song through technologically-fleshed out, tangible sonic universes. ‘Heater’ is a blast of metallic bubble gum pop that surfs on a baggy drum machine beat, while ‘Against The Glass’ conjures Justin Bieber’s shadowy doppelgänger. ‘Perv‘ and ‘Swim‘ take the listener far beyond common musical descriptors like ‘creepy’ or ‘haunted’ to outright ‘terrifying.’ Each song brings to mind a unique character lost in an endless maze or tunnel, but with a vivid trust that this misfortune is only a transient state. Asher’s serene voice acts as the flashlight through this transition. These songs make feeling bad feel good.

“Lyrically, the theme that runs throughout the album is dehumanization. You have these characters who have been put down or made to feel less than human. The songs are kind of like fables or fairy tales.”

“In ‘Machine Boy’ you have this character who wants to give up, doesn’t feel like a natural being that is a part of their environment. His tears rust him dry and he is forced to adapt. In ‘The Stitched Together Man’ the character makes himself out of a piece of skin from each of his friends, but stretches himself too far, until he unravels. The ‘Runner Up’ character, and many characters that I write, are perpetually in transit through a world of pewter and ash… I guess the song is saying that we all come from the vacuum to each other and it’s acknowledging that from the Runner Up’s perspective, they are going to return to that vacuum.”

Although the lyrics on Esc primarily deal with interpersonal malaise, Asher is also an artist unafraid to be considered through a socio-political lens. “The most psychedelic thing that can happen to someone is when an abstraction they’ve created becomes real. It’s one thing for artists to flex their conceptions of self within a digital space, but for politicians to do it, when there are lives and jobs at stake, it is another thing entirely”

Esc is also the first Doldrums album that will be released on Asher’s own label. “I make weird music, and I like it like that. You’re constantly at risk of diluting your work if you’re always acquiescing to other people’s standards. And this is the first time I didn’t have to do that. I’ve been really inspired by artists like Mykki Blanco, Sean Nicholas Savage, and Frank Ocean in the ways they’ve decided to approach their releases to retain control of their work.”

The title’s implicit double-entendre of escapism, whether through immersion in an imagined universe to escape physical and social constructs, or of a simple key-log function to exit computer windows and shatter one’s digital abstractions. Ultimately, Esc is an uncompromised work from a DIY artist taking his work into his own hands, and a call to action to those willing to shed systems of control. 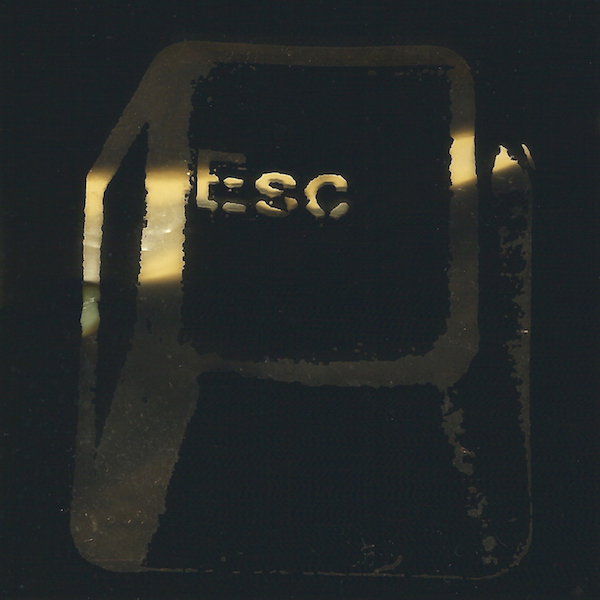