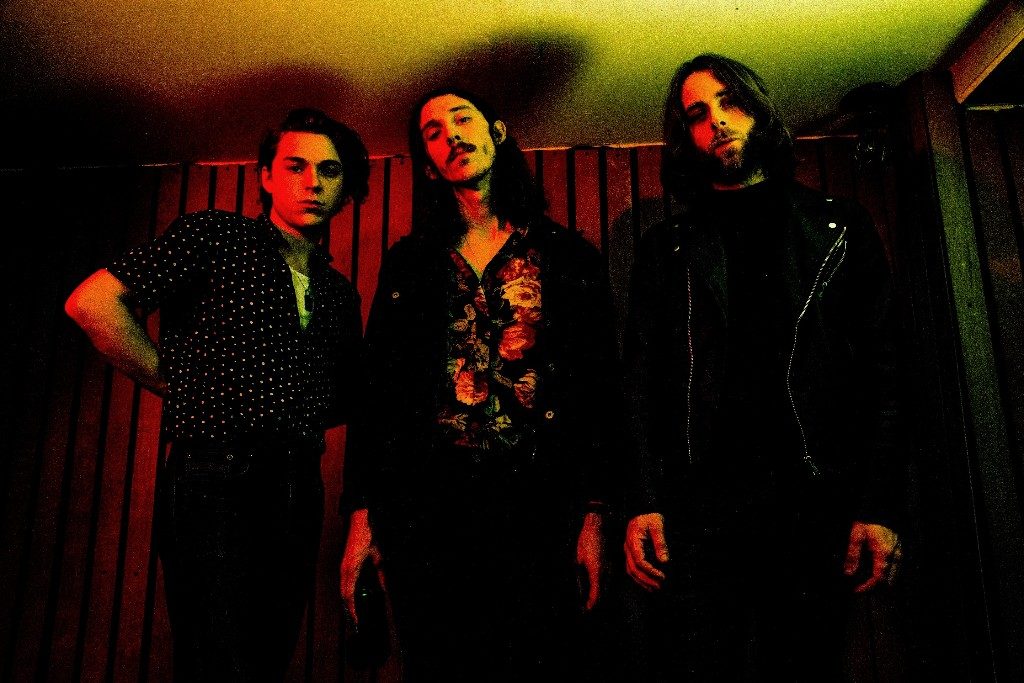 Currently touring the UK with The Cribs and Gang Of Youths, Brighton’s Demob Happy have revealed a new music video for ‘Dead Dreamers’, their Tom Dalgety-produced new single, out now via Atlantic Records imprint Taste And Tone.

“It’s the fruit of a long weekend and three spare puppets to mess with. We grew up watching Jim Henson films like The Dark Crystal, that was our childhood, and it’s the sort of idea you conjure up but never think you’ll do. Then we ended up with these spare puppets and we couldn’t afford actors so we got all our friends together and made it over a lost weekend. We just fucked around till we got something good.”

With their debut single ‘Succubus’ hailed “a joyride through rock’s sleazier back alleys” by the Guardian, Demob Happy have asserted themselves as an unstoppable sonic force ever since. Debut album ‘Dream Soda’ was dubbed “a frantic, fucked-up mission statement to rival the best of the year” by DIY Magazine, “absolutely chockablock with good fucking songs” by the NME, with further high praise following from the likes of Upset Magazine, Clash, Classic Rock, The 405, Team Rock, Total Guitar Magazine and many more.

Revered basements gigs in their own coffee shop-come-studio HQ, the Nowhere Man Café, sold-out headline shows across the UK and Europe, and appearances at Reading & Leeds, The Great Escape and SXSW Festivals all ensued. Looking ahead, Demob Happy are currently working with Tom Dalgety on a new album.

Marking the first new music since their acclaimed debut album, ‘Dead Dreamers’ has seen the Brighton trio heralded as “rock giants in the making” by the NME, with plaudits from the likes of DIY, The Independent, Clash, Upset Magazine and many more.

Catch the band live at London’s The Forum on May 18th and additional dates below, also including supports with Gang Of Youths.