“…a blur of fresh ideas and quicksilver riffs…” – Clash

Brixton based punk rock quartet Coltana present their visceral, energetic new single Break Her, out now via Poeticat Presents and available to buy and stream on iTunes and Spotify.

The video for Break Her premiered on Clash and is now available to watch on Coltana’s YouTube channel.

Break Her was written about the way women are conveyed in society, how they are set to fail against each other, how much emphasis is placed on the way we look collectively and why that can block us from being kind to one another. Catherine goes onto say “Jealousy is an emotion we aren’t supposed to express, yet capitalism encourages it and so we are left isolated.”

Founding members Blake Kenrick (guitar) and Catherine Martindale (vocals), formerly of Poeticat decided to leave their old band behind becoming Coltana in 2015, incorporating new members Hugo Tevra (drums) from France and Gordon Duncan (bass) from Reading. Proud of their working class heritage, the band use the music to convey their message. “We don’t believe the rock scene is dead,” says Martindale, “we think people need to rock out and rebel more than ever and they should!”

When the band were known as Poeticat, they shared a stage with the now famous Ed Sheeran before his chart topping success. As Poeticat, the band were featured in The Independent and The Metro and they have played at Glastonbury Festival twice over their time together as a band. Coltana are influenced by all things rock, but bands like Rage Against the Machine, Moorhead, Patti Smith and Mastodon are only some of their biggest influences.

Break Her by Coltana is out now via Poeticat Presents and available to buy and stream on iTunes and Spotify. 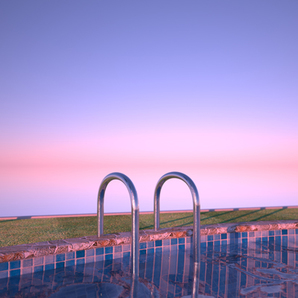