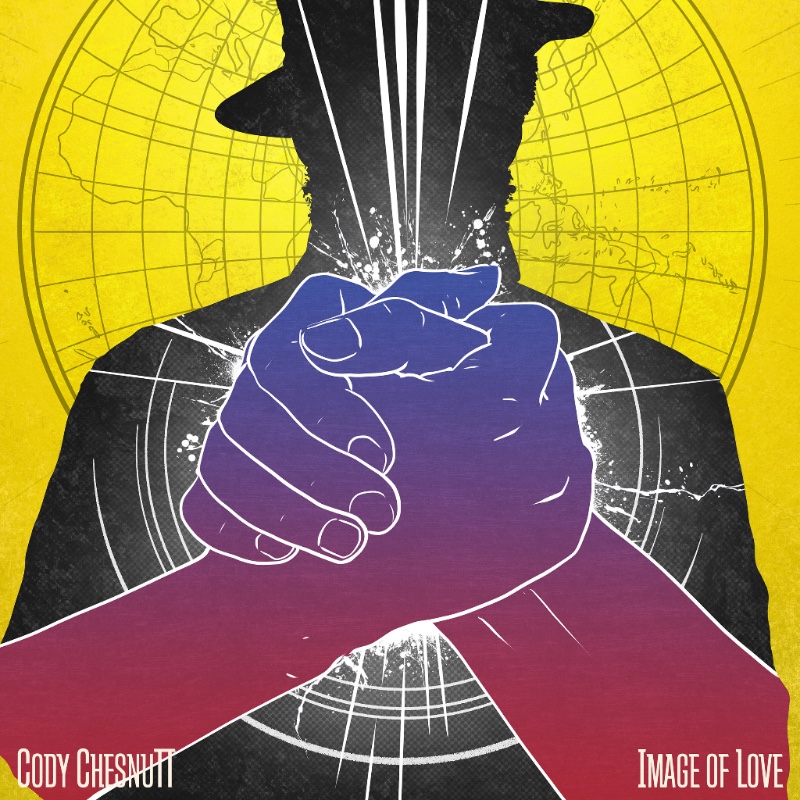 “Enlightened singer Cody ChesnuTT uplifts the spirit of optimism and goodwill in his latest track, “Image of Love.” Crooning with candid passion, he emphasizes love’s force as a guiding light for humanity.”
The Fader

“His message feels as appropriate now as it did then.”
Noisey

“He’s a changed man, and his complicated humanity has only deepened his art”
SPIN

Cody ChesnuTT, the legendary soul troubadour known for his frank and raw storytelling has shared a brand new track via The Fader, ‘Image of Love’. The RnB and gospel-flecked album ‘My Love Divine Degree’ – the first album Cody has released in four years – is out on June 2nd 2017 via Cody’s longtime record label One Little Indian Records.ChesnuTT, known for his energetic live show, also recently announced a string of tour dates across Europe and a highly anticipated return to London’s Bush Hall on 8th June.

Cody ChesnuTT saw critical praise as well as swathes of excitement from fans when he dropped his neo-soul single featuring Raquel Saadiq ‘Bullets in the Street and Blood’and the energetic ‘I Stay Ready’ via Noisey towards the end of 2016. The two tracks are a call to arms for positivity in the face of adversity.

Talking about the new album, Cody said: “In a time of global economic uncertainty, it is an uplifting charge to use one’s natural talents and gifts of creativity to forge ahead positively into purpose and economic well being.

“This Body of work is medicine for me. Once again, this is my soul trusting the powerful gift of music to be a positive vehicle for sharing the continual process of personal transformation. This organic sound recording explores what commonly may be perceived as universal social complexities, with the thought of divine love, and its application, as a simplifying guiding light. Artfully demonstrating that deeper listening, love and a greater sense of humanity is still the way forward to a healthier and more fruitful human experience.”

The 13 tracks that make My Love Divine Degree were recorded and mixed over a span of 18 months, and inspired by daily observations, both internal and external, taking shape in the form of various rhythms and soundscapes, ranging from classic soul to modern synth experimentation.

Cody’s career began back in 2002 with the release of his edgy, lo-fi debut, ‘The Headphone Masterpiece’. After being nominated for two MTV Music Awards, Cody took a family-man retreat from music to reflect and rest after his meteoric rise to fame after his infamous collaboration with The Roots on a reworked version of his hit single ‘The Seed’(‘The Seed 2.0’). He returned in 2012 with his second album ‘Landing on a Hundred’, and in addition to his solo projects, has contributed to the soundtracks for Oscar Award winning films 12 Years A Slave and Idris Elba Presents Mi Mandela.

Wearing his poetic license on his skin like a battle scar, Cody’s third full-length album, ‘My Love Divine Degree’ has been produced by Anthony “The Twilight Tone” Khan, a BMI Award winning, Grammy–nominated producer, songwriter, and DJ known for his work with Kanye West, Common, John Legend, and Pusha T.

The album continues to present us with his ruminations on life that challenge popular notions of what popular soul music can look and sound like. Consistently ground-breaking, Cody ChesnuTT has once again created a body of work that is steadfastly topical and progressive, whilst at its heart incredibly human.

SPRINTERS SHARE VIDEO FOR BRAND NEW SINGLE ‘YOUNG AS ME’