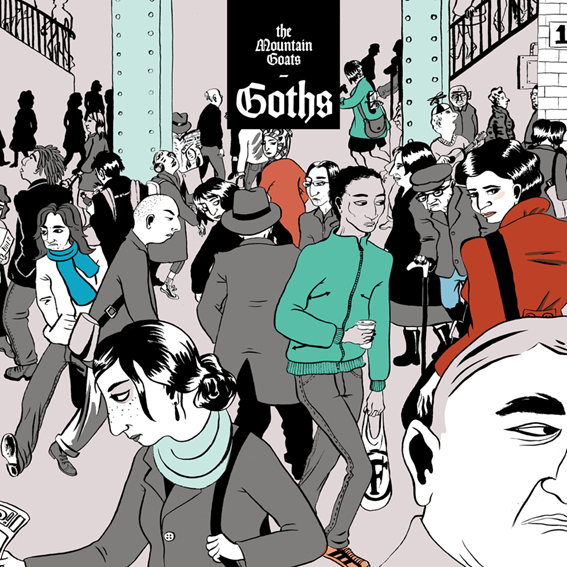 he Mountain Goats share “Rain in Soho” from their hotly anticipated new album Goths, which will be in stores on May 19.  NPR Music included the track in their All Songs Considered podcast and Lars Gotrich played a clip of a longer interview with John Darnielle about the song. Listen to All Songs Considered and read the full transcript of the interview now at NPR Music.
Listen and share “Rain in Soho” HERE
The lyrics of “Rain in Soho” constitute a jeremiad of vanished things: friends, places, safe harbors. At the head of the procession of the lost stands London’s Batcave, the club that birthed the genre called “goth,” usually over and above the protests of its practitioners; riding atop Dan Perry’s ethereal vocal arrangement—voiced by members of the Nashville Symphony Chorus—and a driving piano, a turbulent lament gathers force:No morning colder than the first frost
No friends closer than the ones we’ve lost
…though you repent, and don sackcloth, and try to make nice
You can’t cross the same river twiceGoths was recorded at Blackbird Studios, Nashville; produced by Brandon Eggleston; and mixed by Scott Solter. Woodwinds were arranged and played by Matt Douglas. The Mountain Goats are John Darnielle, Peter Hughes, Jon Wurster, and Matt Douglas and are gothic for life.

Listen to first single “Andrew Eldritch Is Moving Back to Leeds” and pre-order Goths now with special bundle options in the Merge store, or via your favorite digital outlet. The limited-edition deluxe vinyl is still available for pre-order at select stores in the US and the UK but will also be available at independent record stores on release day and from the band on tour. 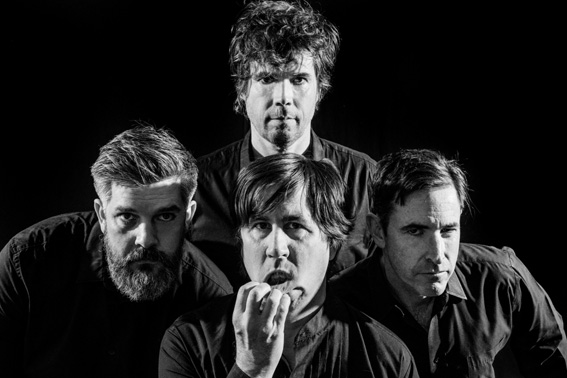 THIS WILD LIFE share live video for ‘Break Down’