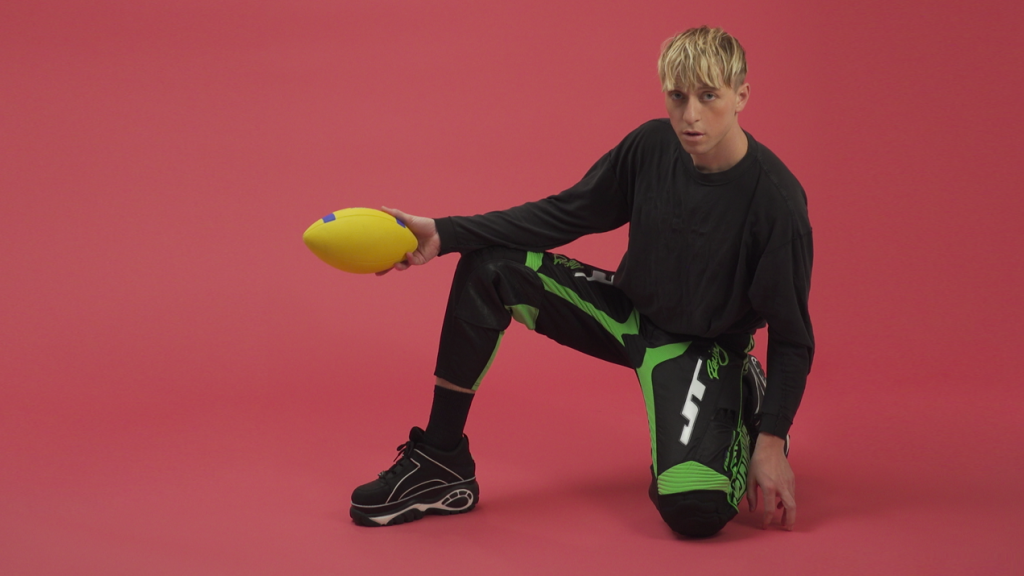 TOURING EUROPE AND THE UK IN SEPTEMBER/OCTOBER

“This is the Drums you know, and indeed, you’ll feel compelled to answer back that you love them too.” – Pitchfork
“‘Blood Under My Belt’ swings back to the band’s halcyon-sounding days, recalling the likes of the Beach Fossils and Wild Nothing via its rippling bounce and rotational hooks.” – Stereogum
“Indie pop gems” – SPIN
“First single ‘Blood Under My Belt’ is quintessential Drums, instantly catchy and a nice welcome back.” – Brooklyn Vegan

The Drums recently announced their return with “Abysmal Thoughts,” their fourth album which will be released on June 16th via Anti-. Today the band shares the music video for the record’s first single “Blood Under My Belt,” a quintessential Drums song: a real heartbreaker disguised as a sunny track, showcasing frontman Jonny Pierce’s masterful pop sensibility.

Jonny Pierce on the making of the music video:

“I hate making music videos. But, alas, sometimes you need to feed the beast, and I decided to make a music video that explores some visual fetishes of mine – mainly sportswear and a new exploration of colors that I’ve long-loved but hadn’t been a part of the band’s aesthetic until now. I love this new era of The Drums because I’m allowed to express exactly what I want and take it all the way.”

Across a year and three months of home recording between Los Angeles and his cabin in upstate New York—with the same guitar, synthesizer, drum machine and reverb unit he’s played since the beginning of The Drums—Pierce put together “Abysmal Thoughts.” With help from engineer Jonathan Schenke (Parquet Courts, Mannequin Pussy and more), the result is an unflinching autobiography with Pierce back in full control of the band. He’s back to not just writing all the songs by himself but playing every instrument, too, this time realizing exactly his own personal vision for the band. Not coincidentally, it’s some of the most revelatory work he’s ever done. It is a vivid self-portrait, alive with the hyperdramatic emotional potency of the Smiths, the arch literary pop moves of New Zealanders like the Verlaines and the Clean, and the riotous clatter-punk power of the UK DIY bands of 1979.

As the last album cycle for The Drums finished and his long-term relationship with his former partner dissolved, Pierce took some time away from music altogether in hopes to reconnect with himself and find future inspiration. Determined to make a change, he ended up leaving his longtime home in New York and found himself isolated in a large empty apartment in Los Angeles, all his plans for life and love suddenly in shambles. That hardship and confusion—and the clarity of personality and purpose it inspired—became “Abysmal Thoughts.”

Now the highs are higher than ever, and the lows absolutely bottomless. The Drums are back, and while there’s a heavy sadness here, Pierce is stronger for fighting through it. “Happiness can be confusing to me,” says Pierce. “It shows up out of nowhere, and before you can even get used to it, it’s vanished. But “Abysmal Thoughts?” I can rely on them—and with the political chaos that is raining down, who knows when these dark feelings will subside?”
Pre-order/stream “Abysmal Thoughts” HERE.
The Drums will tour Europe and the UK coming September and October in support of “Abysmal Thoughts”. Tickets will go on sale coming Friday, get them HERE.