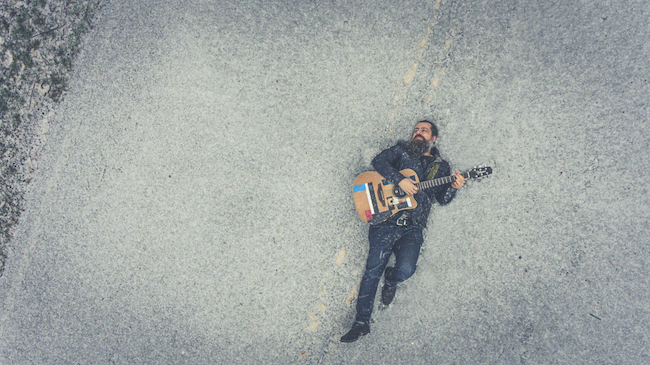 SEAN ROWE
SHARES VIDEO FOR ‘FOLLOW YOUR TRAIL’
LIVE IN LONDON – ST. PANCRAS OLD CHURCH 26th MAY
NEW ALBUM ‘NEW LORE’ OUT NOW ON ANTI-
“His voice comes not from the lungs or the diaphragm, but from deep in the soul and lights up the most primal regions of your brain” American Songwriter
Acclaimed singer-songwriter Sean Rowe’s new album ‘New Lore’ is out now through Anti-.
Sean Rowe has also just released a video for the track “I’ll Follow Your Trail. ” Directed by Chromoscope Pictures, the clip features the singer – also a renowned naturalist – walking through a forest playing acoustic guitar and singing.
Sean Rowe has also confirmed a London show in May.
26 MAY 2017 – ST.PANCRAS OLD CHURCH – LONDON, UK
The album “New Lore’ was recorded in Memphis at the historic Sam Phillips Recording studio and produced by Matt Ross-Spang. The simple yet powerful sound focuses on Rowe’s soulful baritone and vivid storytelling delivering stories of desperation and resilience. His voice is beautifully augmented throughout by tasteful arrangements including flourishes of piano and a string section.

The record’s emotionally haunting sound echoes Rowe’s recent crossover hit “To Leave Something Behind,” a song that resonated with a whole new wider audience after being featured in the Ben Affleck film ‘The Accountant.’