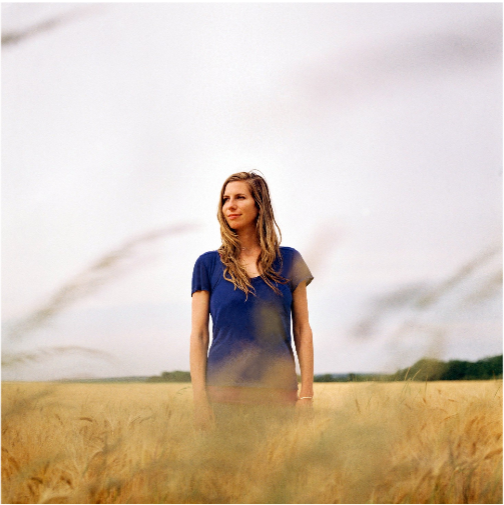 SALTLAND’S A COMMON TRUTH STREAMING NOW, ALBUM OUT TODAY ON CONSTELLATION
SALTLAND IS REBECCA FOON (THEE SILVER MT.ZION, ESMERINE)
Saltland, cellist and composer Rebecca Foon, is now streaming her new album A Common Truth in its entirety via Tiny Mixtapes.  A Common Truth is a remarkable song cycle, punctuated by ambient soundscapes, that reflects Foon’s complex web of emotions around the topic of climate change.

STREAM: SALTLAND – A COMMON TRUTH
A Common Truth is a sonic meditation on climate change: the hope, diligence, anxiety, sadness and desperation of the climate movement and of our collective consciousness as social fabrics become increasingly frayed and scorched by fossil fuel dependency and environmental degradation. A Common Truth channels these themes through immersive, restorative music of austere warmth, constructed almost entirely from Foon’s wide palette of cello sounds, evenly balanced between instrumentals and songs featuring her voice and lyrics.

Foon co-founded the Juno Award-winning contemporary chamber group Esmerine in 2002 and was a core member of the celebrated cult post-punk band Thee Silver Mt. Zion Memorial Orchestra from 2001-2008 and the experimental instrumental collective Set Fire To Flames. Foon was also a founding member of the instrumental trios The Mile End Ladies String Auxiliary and Fifths of Seven.  Alongside over a dozen albums as a composer and player with the aforementioned projects, Foon has a long list of recording and performing credits as a guest player, and several soundtrack projects under her belt (including the award-winning tar sands documentary H2Oil). Most recently, she has been a member of Colin Stetson’s acclaimed “Sorrow” orchestra (performing Gorecki’s 3rd Symphony) and part of the band for the live documentary performances of filmmakers Sam Green and Brent Green Saltland is Foon’s ‘solo’ project, the seeds of which were planted with a series of local Montréal performances under her own name in 2010-2011. As a first album took shape in 2012, Foon wished to give the music its own moniker and identity, and to leave room for the project to take on various members and configurations.

Saltland’s 2013 debut record I Thought It Was Us But It Was All Of Us was released to broad critical acclaim and featured a long list of Foon’s friends and past collaborators as guest musicians, including Jamie Thompson (The Unicorns, Islands), Richard Reed Parry and Sarah Neufeld (Arcade Fire), Mishka Stein (Patrick Watson) and Laurel Sprengelmeyer (Little Scream). The record was produced by Grammy-winning engineer Mark Lawson (Arcade Fire). For her second Saltland album A Common Truth, Foon set out to create a more rigorously solo work, using her cello as the predominant source for all the music and sounds on the record. Working with producer/engineer Jace Lasek (The Besnard Lakes), Foon combines both unadulterated and processed cello to forge the entire sonic landscape – the notable exception being violin and pump organ contributed by special guest Warren Ellis (Nick Cave, Grinderman, The Dirty Three) for the album’s four instrumentals. Foon sings on the other five songs in a voice that UK music magazine Mojo has described as “an instrument of somnolent, gossamer allure which floats gracefully amid the eddying, amniotic music”.

A Common Truth is also an album about climate change and an attempt to musically translate a complex mix of emotional, social and political resonances in this regard. Foon unfolds an atmosphere and pace on the album that allows for the coexistence of optimism and despair, resolve and resignation, the intimacy of the local/personal and the hope of the global/collective.

Climate action is of particular importance to Rebecca Foon as she has devoted much of her life in recent years to working for decarbonization, land conservation, renewable energy and urban green strategies – as a member of the Canadian cooperative consultancy Sustanability Solutions Group, as founder of the Peruvian-based rain forest conservation charity Junglekeepers, and as co-founder of Pathway to Paris, an international concert series bringing together musicians, writers and environmental activists to help raise consciousness and create action in support of a robust international climate agreement.

Rebecca Foon’s new Saltland album A Common Truth is the fullest expression and coalescence of the multiple trajectories this committed and inspiring artist, activist, teacher and organizer has been living and pursuing in recent years.

Foon will be celebrating the release of A Common Truth at National Sawdust in Brooklyn on April 7th. Tickets and further information is available HERE.
Saltland – A Common Truth
(March 31st, 2017 – Constellation Records)
Order A Common Truth: cstrecords.com/cst123
1. To Allow Us To Breathe
2. Under My Skin
3. I Only Wish This For You
4. Light Of Mercy
5. Forward Eyes I
6. Magnolia
7. This Other Place
8. A Common Truth
9. Forward Eyes II
“Rebecca Foon’s second album as Saltland is a bona fide stunner. Potentially one of the most beautiful records you’ll hear this year. It makes sweet misery out of melody while articulating a forlorn yet rousing sense of hope.” – THE SKINNY

“Impressionistic and poignant” – WNYC
“Her second solo release as Saltland, A Common Truth, offers meditations on climate change, unfolding in spellbinding passages that entrance with deeply resonating, emotional dispatches on the realities facing the natural world, healing warmth and cosmic awareness.” – 8/10 EXCLAIM
“Foon ruminates on what has become a sacred obligation to her and what should be to us, all backdropped by her sparse captivating compositions.” – TINY MIXTAPES
Official Site | Facebook | Twitter | Constellation