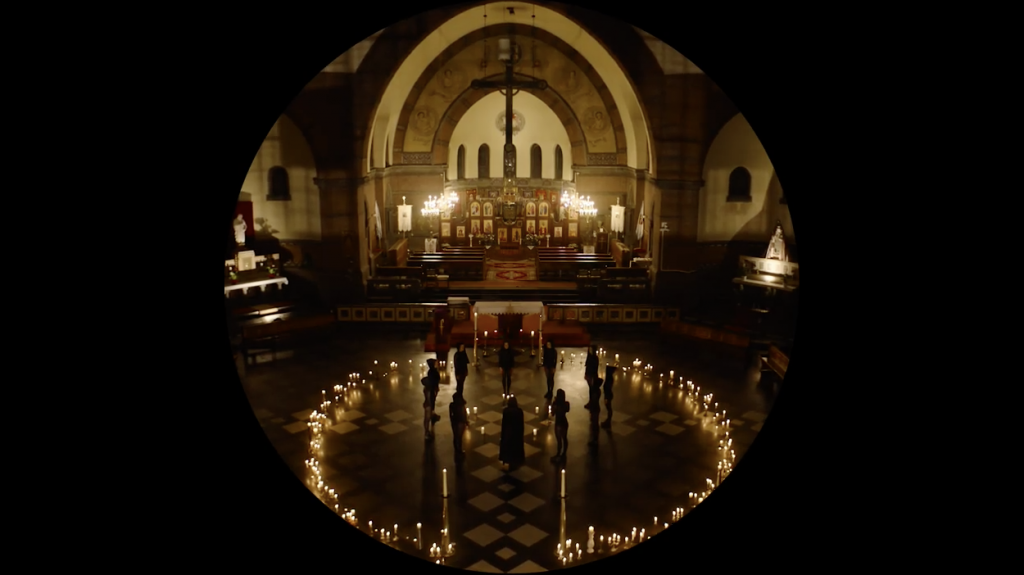 s a r a s a r a has unveiled haunting new video for the transcending single ‘Sun’, taken from her recently released debut album Amor Fati. A slick and beguiling work, the video is the perfect accompaniment to the experimental track.

Already a boundary pushing artist, s a r a s a r a’s music is as experimental as it is versatile, taking in elements of industrial electronica, trip-hop, r’n’b, breaks and more. The French singer, musician and producer teamed up with director Michiel Robberrecht, who employed Gust Van Den Berghe – the inventor of the Tondoscope camera with which the video was filmed. The Belgian film director had shot his critically acclaimed film ‘Lucifer’ with the camera, which was shows at the Sundance and Tribeca film festivals. The camera is an original, and it films a conic shaped mirror that allows the viewer to see at 360° through circular images.

Gust Van Den Berghe explains: “Tondoscope is a film in a circle, an image without corners. It’s an attempt to picture paradise as the world before the world. You picture the world as its true planetary shape, a world that’s still intact, connecting that shape to the microscopical form of elements. I like that with the circle. It’s easy to shoot, everything looks good in a circle, the aesthetic balance is quite different. To tell a story is complex. You never have the wide shots, the feeling of distance. The only thing you have is details. You have to tell your story through these little details.”

Video director Michiel Robberrecht adds: “This video is filmed in the spherical world of Tondoscope, and the gaze is central. The circular frame delivers no neutral point of view but brings forth a highly directed gaze from woman upon man and from darkness into light. Driven by s a r a s a r a ‘s hypnotizing song ‘Sun’ I wanted this gaze to be driven by sensuality and longing – like a mystic experience.”

Graced with an enchanting voice, s a r a s a r a has cultivated a precise and startlingly individual sound and aesthetic. Her infatuation with electronic music began as a teenager, with stints as a DJ influencing her ear for the intricate and expansive music she now creates.