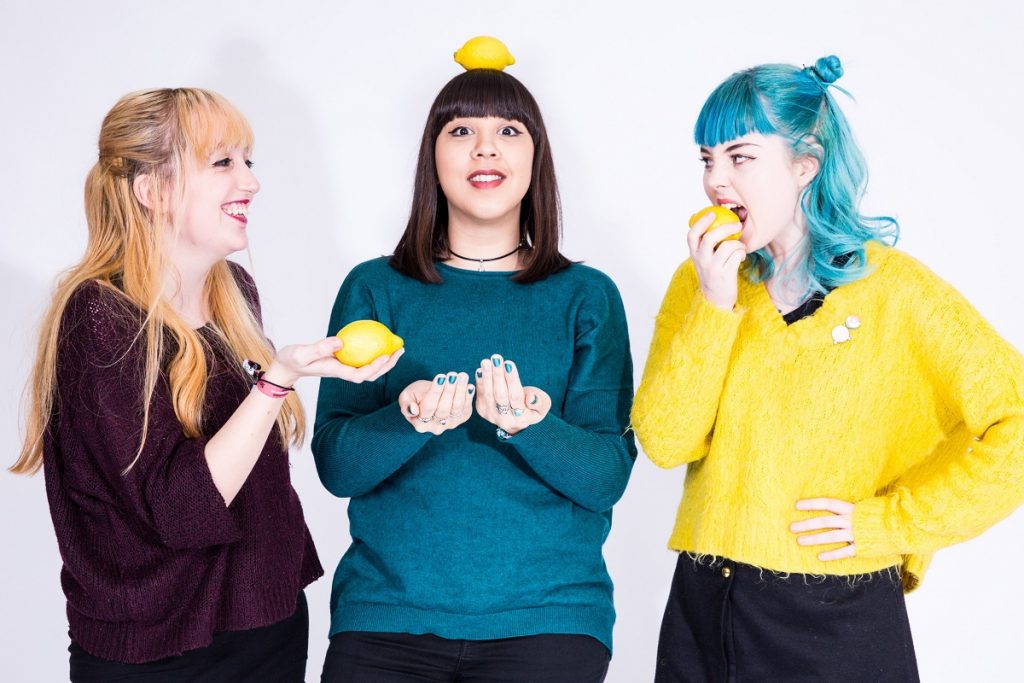 Are you Sure? EP out 5th May via Alcopop! Records

Three-piece indie-pop band Peaness are pleased to reveal the video for their latest single ‘Same Place’.

The new video comes alongside news of a special London show with Happy Accidents on 7th May at Thousand Island (formerly Upstairs at The Garage). Tickets will be priced at £4 for one week only.

Preorders are also now live for their forthcoming EP Are You Sure? set for release on 5th May 2017 via Alcopop! Records on a ‘Mellow Yellow’ 12″ vinyl, strictly limited to 500, packaged with their debut EP No Fun and another bonus track on the B Side. There’s also a special CD version, yellow and pink Peaness tees and a set of button badge: www.ilovealcopop.co.uk

BBC 6 Music, BBC Radio 1 and Radio X have all championed the band with growing support from national press including Clash, The Skinny Magazine, Upset and more – with a full page in Kerrang Magazine introducing the band popping up last week.

Selling like proverbial hot cakes of DIY-goodness, pre-orders of their latest single ‘Same Place’/‘Seafoam’ on Oddbox Records sold out in just two days, with the repress selling out in a week, and the band have revealed a string of UK festival appearances for summer 2017 including 2000 Trees, TRUCK, Indietracks, Focus Wales and more – full details below.

Formed in Chester in late 2014, the band’s debut EP No Fun was self-released in 2015 and was, ironically, loads of bloody fun, packed with feel-good, sunshine indie-pop the likes of which it was impossible for Alcopop to ignore. The resulting furore saw the trio gigging extensively up and down the country alongside the likes of PAWS, The Spook School, Mammoth Penguins, Chorusgirl, Sauna Youth, Vangoffey, Yak, Goat Girl and The Lovely Eggs.

Are You Sure? track-list: