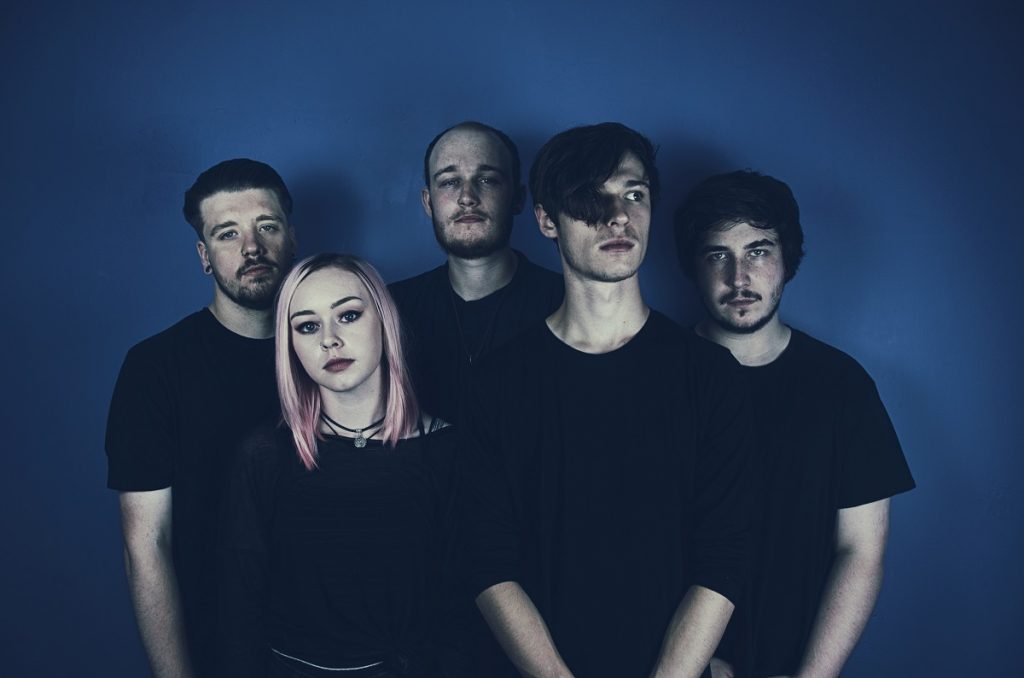 Swansea-based alternative rock band Nineteen Fifty Eight are pleased to reveal the video for the title track from their forthcoming new EP Dark Blue set for release on 19th May 2017 via Transcend Music.

It’s a restrained slice of tasteful, pastel-coloured cinematography that focuses on the band’s matter-of-fact and honest performance, deliberately at odds with the high octane videos that are released so regularly and often don’t match up to the weight of reality.
Vocalist Ceryn Evans comments: “Dark Blue was such a fun song to write and I think it really shows our progression into where our ‘sound’ is heading. The video’s pink and blue pastel theme and the way we move really captures the sweetness of the melody but also melancholy tone of the lyrics. I’m proud of this song and I can’t wait to finally share it with everyone!”

“Without sounding cliché,” the band continue of their approach to making music “what we really hope to get across with our music is basically just ‘fuck what people think of you’. A lot of our lyrical content is about the typical stuff people our age go through like relationships, growing up and feeling shit as we’ve said already. Our music says what we feel and what we’re going through and we’d like to think that whoever is listening can relate and feel empowered.”
With support already coming in from Huw Stephens at BBC Radio One, Alex Baker at Kerrang! Radio, and Adam Walton at BBC Wales, this lot are only just getting started on their plans for world domination.

Dark Blue is released 19th May 2017 via Transcend Music

CRISTOBAL AND THE SEA – SHARE NEW SINGLE ‘SUNSET OF OUR TROUBLES’