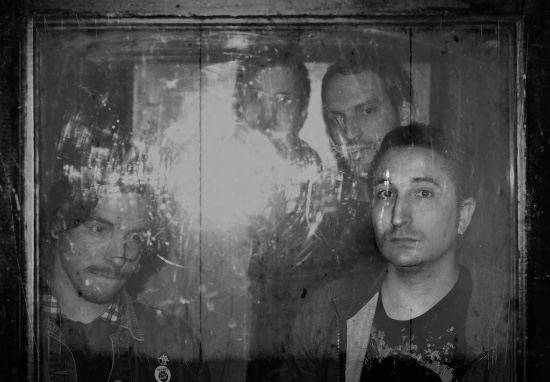 Brooklyn band Monograms has two upcoming releases: a split 7″ with Pink Mexico, due out this Friday (4/7), and a new EP, Silencer, due out April 21st. Both feature new single “OK Promises,” which premiered today via Alt Citizen and is streaming on Soundcloud

Monograms is the project of Brooklyn’s Ian Jacobs, who has been releasing music under the moniker for the past couple of years. What started as a solo bedroom project has since grown into a four-piece live band, and they’ve been keeping busy playing plenty of hometown shows, opening for artists like GØGGS, Sløtface, Ezra Furman, and Juan Wauters.

The band’s upcoming EP, Silencer, features four tracks that were recorded during different sessions, with different lineups, over the past twelve months. As a result, each track shows a slightly different side of Monograms, but they all feature fuzzed-out guitars, psych-tinged vocals, and plenty of catchy hooks.

Monograms will celebrate the release of their new EP at Brooklyn’s Alphaville on April 19th with Bambara, Black Hole Kids, and Fruit & Flowers