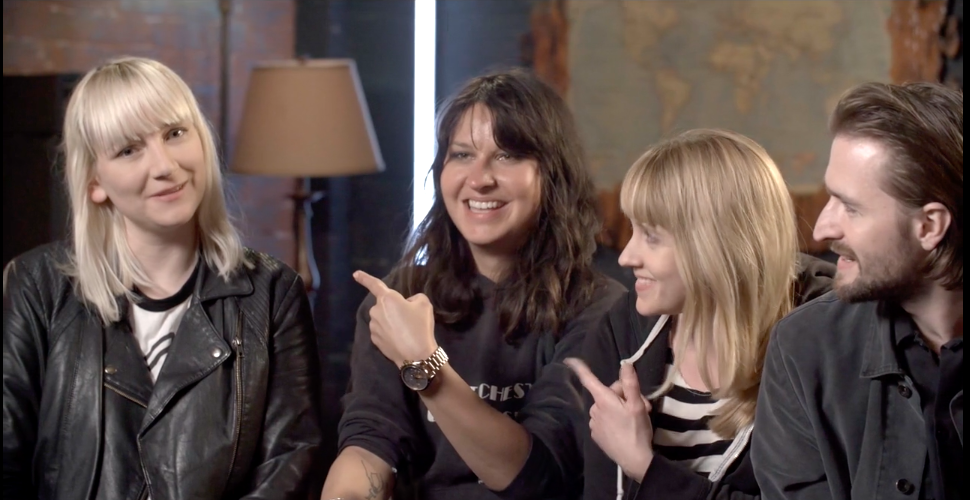 “I’ve had the chorus of this song rattling round in my head since Brexit:  “I can’t relax cause I haven’t done a thing / And I can’t do a thing cause I can’t relax” Katie explains.

“I wanted to kick-start the year with an act of creative collaboration, and Sheffield’s Comsat Angels’ anxiety anthem with its metaphors of international diplomacy felt crushingly apt. It happened to be the day of the Women’s March in Los Angeles, we were working in a studio downtown so walked up before we started recording. It was such a moving spectacle to behold and an incredibly galvanising way to start the day of working with some of my favourite people. It was also a treat to follow in David Hockney’s footsteps as a Yorkshire bottle-blonde in LA and to be able to sing a song in my own accent.”

And watch an interview with them: www.youtube.com/watch?v=SpJK8PLdDxE

Harkin is the solo project of Katie Harkin, formerly of Leeds-based Sky Larkin and a touring member of Sleater-Kinney, Wild Beasts & Flock of Dimes. She is currently working on her first full-length, which will feature performances from Jenn Wasner and Stella Mozgawa. Watch this space for more news!