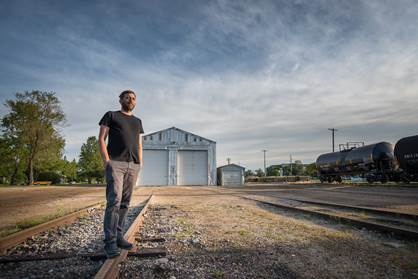 European/UK Tour in May

John K. Samson has released a new video for “Alpha Adept”, a song from his latest full-length album, Winter Wheat, which was released in October last year, on Anti-.

The video was made by John K. Samson’s good friend and musician/artist Shotgun Jimmie, who made the video for John as a present. Watch “Alpha Adept” video HERE.

John K. Samson will be touring in Europe and UK in May this year. Please see below for a full list of dates.

“The diversity of this album again proves that Samson is more than just another singer-songwriter. He is an author of musical short stories, and one of the best ones of our time.” – Visions (DE) – Album of the Week

“Perhaps more than any other Canadian musician, Samson, the former frontman for The Weakerthans, has been able to communicate what it means and feels like to live in a place defined by isolation.” – Fader