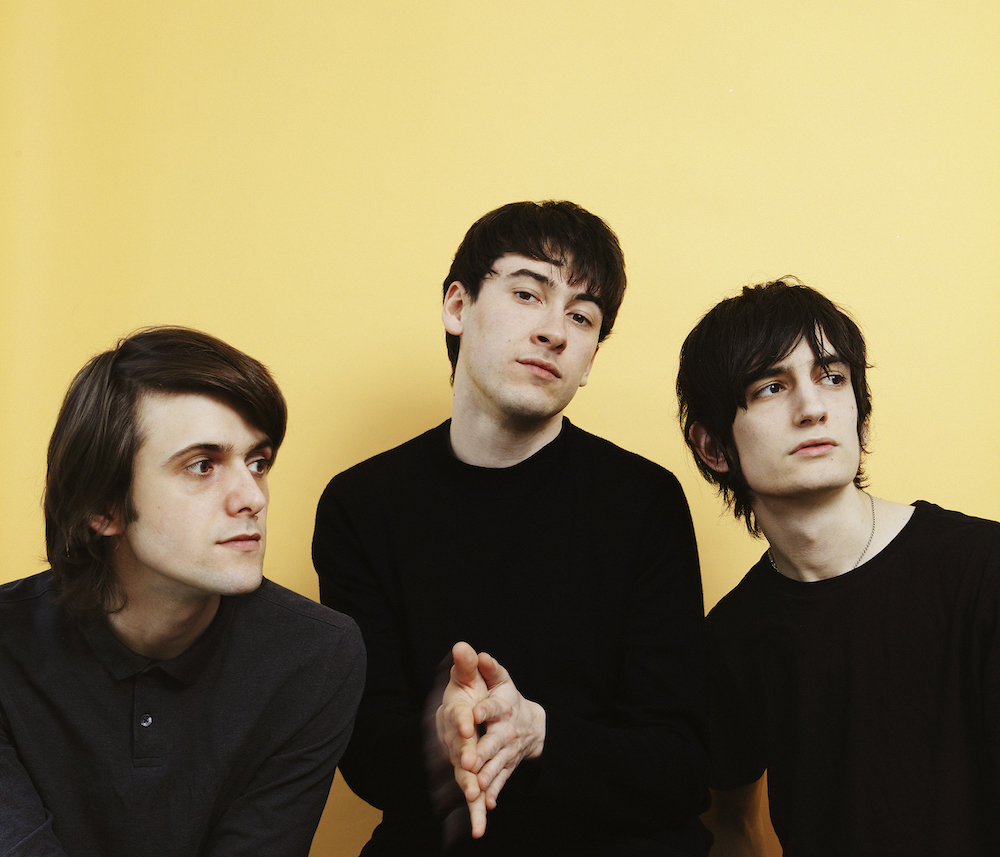 With their debut EP out now via Alcopop Records, London-based trio Husky Loops are sharing their new video for standout track ‘Tempo‘. The band are set to play Live at Leeds, Dot to Dot, The Great Escape and various other UK shows this May, including a London show at The Shacklewell Arms on May 6th.

Speaking about the video, director Tom Ringsby & Pietro of the band said “We wanted to work with the theme of mortality and the universality of it: how we are all living under the ticking clock. In our research we found Chronophobia, the clinical term for a fear of time. This informed all choices from script, casting, locations and design.

The dramatic film techniques and imagery, drawn from pop thriller and horror cinema, make the pill easier to digest, while emphasising the mounting pressure building at the back of our heads.

They say the key to contentment is to live in the present, but right now’s a pretty fucked up place to be.”

Made up of Danio (vocals & guitar), Pietro (drums & samples) and Tommaso (bass), Husky Loops first met at school in Bologna, Italy. Fast forward fifteen years to a relocation to London to study at music college and the Royal College of Art, they joined forces to form their ultimate creation, which started just over two years ago. Since putting their debut track ‘Dead’ online at the start of 2016 they immediately gained interest and attention for their unorthodox take on modern rock music, which was followed by their last single ‘Fighting Myself‘ late in 2016.

Drawing personal inspirations from everything from rock to hip-hop, naming influences all the way from Black Sabbath to Aphex Twin to D’Angelo, the band’s forthcoming self-titled EP reflects the hard work and endless jamming sessions the three have participated in over the past 12 months.Explaining how they came to choose the name Husky Loops, the band explained “it means rough loops: it stems from our fascination with repetition, playing loops from a rock perspective”. They combined various words, which they thought suited them best, landing on Husky Loops – a homage to their fresh, DIY take on rich, yet simultaneously raw riffs.

With hugely successful tour supports with Sunflower Bean, Yak & Estrons, Husky Loops have gained a lot of attention for their ferocious live show and have recently been announced to The Kills in Europe and will also play The Great Escape Festival this May.

‘Husky Loops‘ EP is available now via Alcopop Records. The vinyl includes a bonus track ‘Huskyesque‘, with a limited run of only 300. This is printed on reverse board and includes two double sided posters.