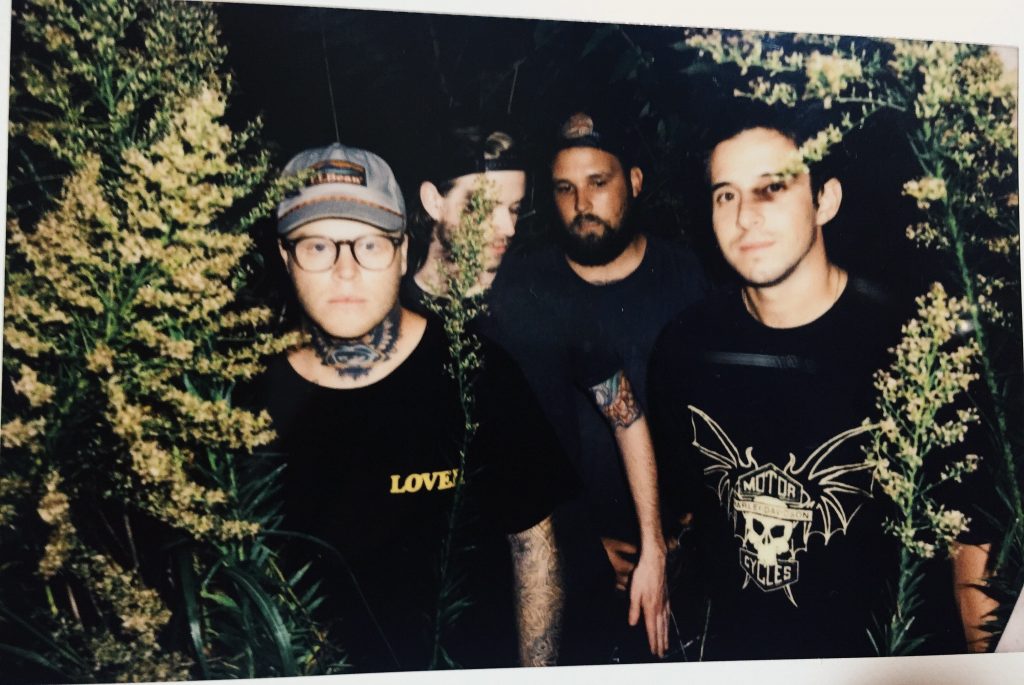 On Tour All Summer

South Carolina’s Hundredth have announced the impending release of their daring new album, RARE, due out June 16th via Hopeless Records. To celebrate the announcement and give listeners a taste of their exciting new direction, Hundredth have shared their new single, “Neurotic”, and its accompanying music video.

Hundredth have always followed their own path, forging a dedicated fanbase with their unique and impassioned approach to heavy music across three full lengths, culminating with 2015’s Free, the band’s definitive statement within the hardcore genre. When it came time to write a new album Hundredth began to feel the walls of their sound and scene tightening around them. The band had nothing left to give hardcore and the time had come to evolve or end. Faced with this challenge Hundredth chose to do what they do best: be themselves, no matter what that sounds like.

Finally feeling completely unhindered creatively, Hundredth dove headfirst into reinvention. The result is RARE, a fearless album of lushly dense shoegaze and post-punk that somehow maintains Hundredth‘s innate energy and heaviness. RARE is a bold statement of newfound purpose, from it’s shimmering and gritty guitars, crisp and driving drums, to it’s moody atmospherics and reverb-drenched vocals, this is Hundredth melding their instincts and influences into a sound that is all their own.

Biography:
Change is perhaps the biggest challenge a band can face. Everyone loves the out-of-nowhere debut or is impressed when a band avoids the sophomore slump, but when real longevity is achieved musicians often find themselves feeling less and less like the people they were on their early records. For some bands this impending need for change is insurmountable. Hundredth is not one of those bands.With the release of their third full length, 2015’s vitriolic tour de force, Free, Hundredth had finally accomplished all that they could within the relatively restrictive boundaries of hardcore music. They’d given all they possibly could to the genre and were beginning to feel creatively stifled. Completely disinterested and disenchanted by the constrictive walls of their own sound and scene, Hundredth was faced with a self-imposed ultimatum: evolve or cease to be a band. Never ones to shy away from risk, the band dove headfirst into re-inventing themselves. The result is Hundredth’s fourth full-length RARE — an album that contains very little remnants of what came before but preserves the band’s forward-thinking spirit. These 12 tracks reveal the sound of a fearless band exploring new territory, revitalizing their creativity, and propelling themselves into a thrilling future.

Some may question Hundredth’s decision to evolve. Why fix what wasn’t broken? Why put everything they’ve built on the line? Why leave behind the sound that got them this far? These kinds of questions quickly become irrelevant when one listens to RARE. Hundredth’s desire to truly follow their own path led to a sound that is all theirs, with RARE standing independently as a distinct melding of influence, instinct, and the desire to push boundaries that’s fueled the band from day one. This isn’t a new band; this is passionate, this is heavy, this is dark, vulnerable, volatile, and beautiful. This is Hundredth.