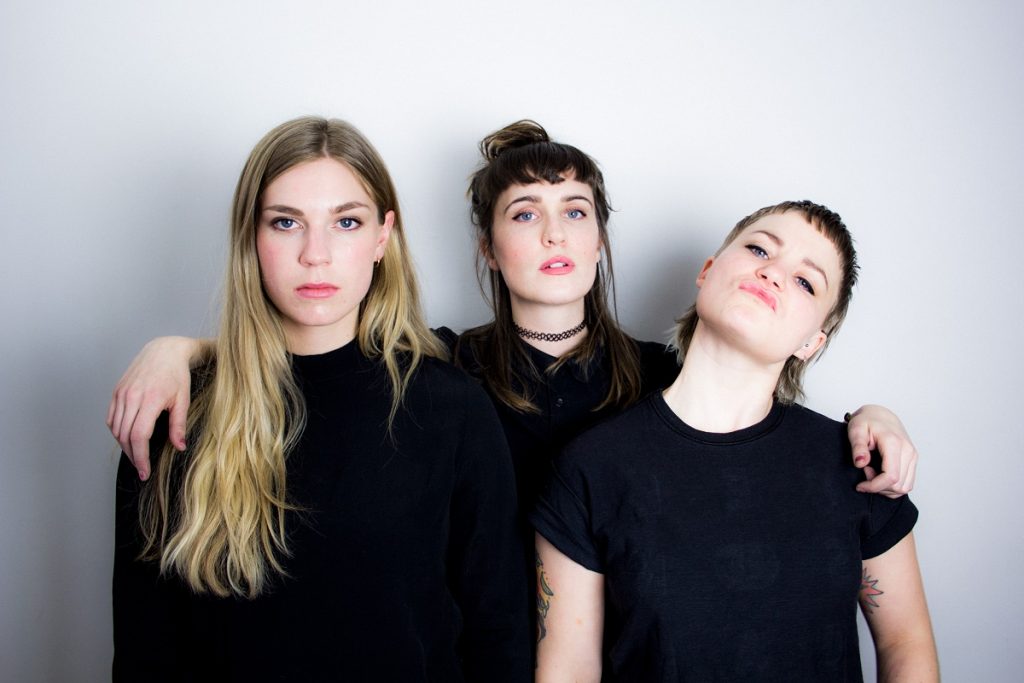 Danish trio Nelson Can are pleased to reveal the video for brand new single ‘Move Forward’ with the track set for release today, 28th April 2017, via Alcopop! Records, as well as announcing a run of headline dates in their native Denmark for later this year (details below).

Commenting on the track, bassist Signe SigneSigne said: “It’s about that feeling when you just want to grab people by the shoulders and shake them and try to make them wake up to reality. There is so much shit going on out there but people are focusing on unimportant details and just move around in the same old circles, it’s so god damn frustrating.

“At the same time you don’t want to be one of those people constantly ranting about the world being a complete mess, so really we’re saying ‘Everybody, let’s come together and actually do something about this!’”

The latest video effort from the band sees them running around in a forest in the USA quite literally moving forward…because, well, that’s what the track’s called, right?

On creating video, vocalist Selina Gin explains: “The video was filmed in one take far into the depths of a forest in Texas, and it was directed and shot by Signe (bass) from the trunk of our car, while Maria (drums) was driving and I was running around. DIY – no bullshit! “

The track is the latest to be taken from their forthcoming new EP on the label later this year, with previous single ‘Miracle’ picking up support from BBC Radio One, BBC Radio 6music and Radio X, and crashing into the UK Viral Spotify Chart, Walk Like A Badass and Altrocked Spotify playlists and notching up 75k Spotify plays to date.

Dork Magazine, Wonderland and JaJaJa Music have all tipped the band for success this year and ‘Move Forward’ looks set to keep the Nelson Can train chugging along nicely in just that direction, another pumping rock song brewed from the band’s usual minimalist recipe of bass, drums and killer vocals courtesy of Selina.

See Nelson Can Live In Denmark: