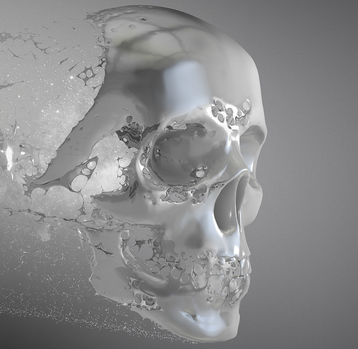 BARDSPEC, AMBIENT PROJECT OF IVAR BJØRNSON (ENSLAVED, SKUGGSJÁ) SHARE “FIRE TONGUE” FROM DEBUT ALBUM,  HYDROGEN INCOMING 23 JUNE
This June, By Norse will release the debut album Hydrogen, by BardSpec, ambient project / band from Enslaved composer/ guitarist Ivar Bjørnson. We are thrilled to share the first audiovisual glimpse into the album via a new video for “Fire Tongue”.
VIEW “FIRE TONGUE” VIA YOUTUBE / VIMEO
Having launched at Roadburn in 2015, BardSpec has since evolved into a fully fledged band, with Steve Austin on guitars/effects, David Hall presenting the live visual aspect of the project, with the layout created by Josh Graham (Soundgarden, Neurosis, IIVII, etc.)

BardSpec combines stirring, hallucinatory synth-sounds with mercurial guitar effects and hypnotic rhythms that navigate illusory landscapes. Field recordings, and other found-sounds also drift and evaporate into the ether. Working intuitively with these elements and with sharpened senses, attuned to inner impulses, this is immersive music, that can exist anywhere, and anytime within the minds of the listener.

Whilst BardSpec might essentially be the same brain and personality making the music, compared to Enslaved, it is a widely different entity. Thematically and sonically, BardSpec is about minimising, subtracting and meditating upon the simplest essence of “things”; the single points: exemplified through the song titles, like “Bone”, “Salt” and so on, the basic elements and foundations that make up the whole. There is an element of “space” in the music, and the artwork, as a representation of the inner workings of the mind and the subconscious.

Inspired by the German masters Tangerine Dream, Klaus Schultze, Conrad Schnitzler as well as contemporary ambient music like Norwegian one-man-band Biosphere and abstract modern electronic music like When (Norwegian also), as well as the electronic/industrial-driven metal like Godflesh.

Roadburn Festival play host to a very special public listening session of Hydrogen by BardSpec, a chance for people to hear the album from start to finish in advance of the official release date. This event shall take place on 21st April. More information incoming on the Roadburn website.
TRACK LIST:
1. Intro – Deposition
2. Bone
3. Fire Tongue
4. Gamma
5. Salt
6. Teeth (bonus track)
Hydrogen shall be released on 23 June across all formats. The 6-panel CD digipak is available as limited first press to 1000 including bonus track “Teeth”. The double gatefold LP is limited to 500 black vinyl, and the digital format also including the bonus track. Access the “Fire Tongue” radio edits now via iTunes andApple Music.
Pre-order the limited CD, LP and shirt here: http://bardspec.aisamerch.com/ (US) and http://aisamerch.de/bardspec/en/ (EU)
There shall be a special release show in association with AISA / By Norse to showcase BardSpec and Josh Graham’s IIVII on June 29th in New York. Tickets are now available at this link: http://www.ticketfly.com/event/1468422. Check out the poster for the event below.
www.bardspec.com