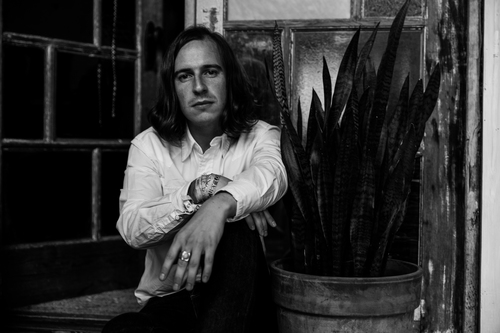 Adam Torres
Announces UK Tour in August
Including Green Man Festival
16 August – Manchester, The Castle – Tickets
17 August – Glasgow, The Hug & Pint – Tickets
18 August – Stirling, Doune the Rabbit Hole Festival – Tickets
19 August – Sheffield, The Lamplight Club at Regather – Tickets
20 August – Brecon Beacons, Green Man Festival – Tickets
22 August – Brighton, The Hope & Ruin – FREE ENTRY (ticketed) – Tickets
23 August –  London, Sebright Arms – Tickets
Following the release of his acclaimed album Pearls To Swine via Fat Possum last year, and February’s EP I Came To Sing The Song, Adam Torres will head out on the road for his first ever UK tour. Stopping at The Green Man Festival, he plays headline shows in Manchester, Glasgow, Stirling, Brighton and ending up at London’s Sebright Arms on 23 August.
Torres’ music is marked by his strikingly varied falsetto delivery inspired by traditional vocalists such as John Jacob Niles and Robbie Basho, whilst he continues the modern singer-songwriter tradition of Bon Iver, Damien Jurado, Bonnie Prince Billy, Fleet Foxes, Phosphorescent or The Cave Singers. Pearls to Swine was his first new album in ten years (following on from cult classic Nostra Nova). Laid directly to tape, there’s a natural, warm, and almost magical realism atmosphere to the songs – like a high-stakes live show captured in a fantastical setting, each its own uniquely crafted cinematic soundscape. However, the creativity just kept flowing and he quickly released a follow-up EP I Came To Sing The Song in Februray 2017.
Written and recorded at Cacophony Recorders in Austin throughout January/February 2016 during the same sessions as Pearls To Swine, the EP has a focus on songs about songwriting, and is a small testament to dedicating one’s life to song. It’s a personal, inward-looking short collection, marked by a deliberate, languid tempo and spacey atmosphere, as well as Adam’s unmistakable falsetto. The songs on I Came To Sing The Song were recorded live and to tape with minimal overdubs, and feature the players in Adam’s band: Swans’ Thor Harris (on conga drums, vibraphone, and percussion), Aisha Burns (violin), and Dailey Toliver (bass/piano), with drum kit performances by Matthew Shepherd and Rodolfo Villareal III. Two songs on the EP, the title track and “Green Mountain Road,” both include performances by Lauryn Gould on flute.
I Came To Sing The Song EP
Listen to “I Came To Sing The Song” here:
https://soundcloud.com/fatpossum/adam-torres-i-came-to-sing-the-song-1
Listen to “Hatchet” here:
https://soundcloud.com/fatpossum/adam-torres-hatchet-2
Album Pearls To Swine
Watch video for “Juniper Arms” here:
https://youtu.be/h0iCRn936Hg
Watch video for “Some Beat Will Find You By Name”
https://vimeo.com/182113115
Praise for Pearls To Swine
“Torres’ fragile, reverberating falsetto is the focus of his ornate country-folk-blues.” Mojo

“A still moment of recline, lit by the moon and shaped by a cool prairie wind that brings all manner of yearning and age-old wonder in its tender, graceful breeze.” Gold Flake Paint

“Just a minute into hearing his voice I knew I was listening to a unique and astonishing talent. Adam Torres’ voice is high, yearning and captivating.” NPR Music